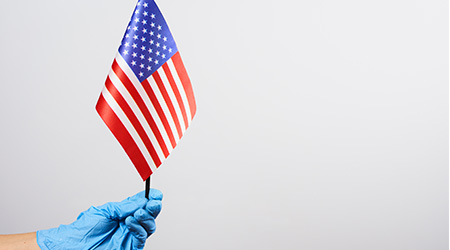 Flu activity remains "much lower than usual" despite the fact more tests are being taken for the flu than in a typical year, said the Centers for Disease Control and Prevention (CDC) in its latest U.S. Influenza Surveillance Report.

The CDC's weekly report includes a map that demonstrates how active reports of flu-like illness are in each state and U.S. territory based on the percent of outpatients visits made for flu-like illness compared to weeks where there is little to no presence of the flu. The states and jurisdictions are then labeled based on that activity level in a descending order of severity, the order being very high, high, moderate, low and minimal.

Released Monday, the latest report shows that Mississippi experienced moderate flu-like illness activity through Dec. 26, which was the last date data was compiled. The data also showed that Nevada and Georgia have experienced low flu activity. This all signifies a small bump in reports of flu activity in those states, as no states demonstrated more than minimal flu activity the week before.

The fact that Mississippi was experiencing moderate flu activity as of the last report doesn't necessarily indicate that the state is on its way to a flu outbreak. For example, Oklahoma experienced that same level of reports in early December, only to have less flu activity the next week.