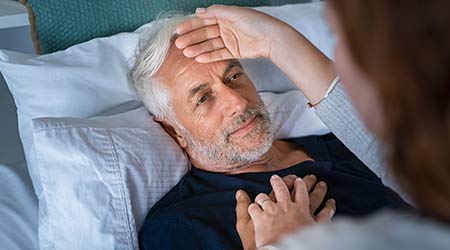 Influenza activity across the United States remains lower than it usually is for this time of year, according to the Centers for Disease Control and Prevention's latest Fluview report.

The report, which tracked flu activity using data reported through Jan. 9, found that the number of positive tests for the flu remain much lower than usual dispute the fact that more tests are being conducted than average.

Each FluView report features an ILI (influenza-like illness) Activity Map that demonstrates the level of ILI activity in each state, as well as various U.S. territories. The states and jurisdictions are then labeled based on ILI activity level in a descending order of severity, the order being very high, high, moderate, low and minimal. The map that demonstrated in the most recent report shows that five states have low flu activity: Tennessee, Georgia, South Carolina, California and Oklahoma. All other states demonstrated minimal flu activity.

Perhaps the best news is that no new pediatric deaths associated with the flu were reported to the CDC for the week of Jan. 9. The flu has been a factor in just one pediatric death during the 2020-2021 flu season.

To read the full report, go to https://www.cdc.gov/flu/weekly/.