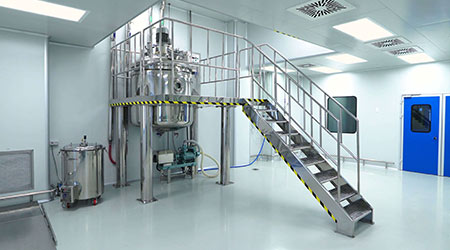 Recognizing the potential of new technology for enhanced contamination control in cleanrooms where pharmaceuticals are made, RevDesinfectie Robots recently evaluated Xenex Disinfection Systems’ pulsed xenon ultraviolet (UV) light disinfection robots in live production cleanrooms. As a result of the successful testing, one of the world’s largest pharmaceutical companies purchased and deployed Xenex LightStrike Germ-Zapping Robots to decontaminate and disinfect cleanrooms in five of its facilities in the U.S. and Europe.

More than 450 healthcare facilities around the world use LightStrike robots for room disinfection as part of their infection prevention program. LightStrike robots utilize pulsed xenon to create intense flashes of germicidal ultraviolet (UV) light that quickly destroys bacteria, viruses, mold, fungus and spores. The portable and powerful LightStrike robot disinfects rooms in four or five-minute cycles (depending on the robot model) without warm-up or cool-down times.

RevDesinfectie Robots, the exclusive distributor of LightStrike robots in the Netherlands, Belgium and Luxembourg (Benelux), facilitated testing of the LightStrike robots in cleanrooms during a two-year period. First, in partnership with a global pharmaceutical company, they conducted over 150 evaluations to confirm the decontamination efficacy of the robot. The initial study was followed by usability testing and workflow analysis in actual production cleanrooms. The studies validated the LightStrike robots for cleanroom use, confirming that they were extremely effective at bringing down contamination levels within the cleanrooms.  Protocols for routine use were developed and analyzed as well as a complete cleanroom validation package for other companies that may be interested in how the LightStrike technology might play a role in their contamination control program.

"We strongly believe that the LightStrike technology is a breakthrough in the field of environmental disinfection, first in healthcare facilities and now for cleanroom contamination control,” said Eric Hesp, spokesperson for RevDesinfectie Robots. “The LightStrike robot was tested over multiple years for its ability to impact common cleanroom microorganisms while maintaining cleanroom compliance and the results were outstanding, which led to its adoption by a major pharmaceutical company.”