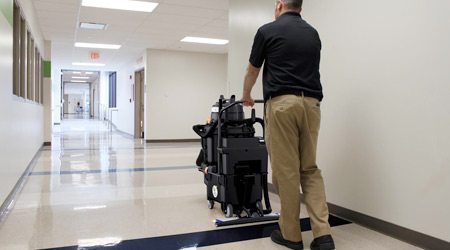 The Aurora Public Schools in Aurora, Colorado, found itself in a "sticky mess," you could say, about a year ago. Apparently, the school district mistakenly received more than $3.5 million more from the state than they should have.

State authorities have formed a task force to explore how this happened; it if has happened to any other school districts in Colorado; along with ways to prevent overfunding a district from happening in the future.

But that does not leave the Aurora schools off the hook. They have to pay back the money in one form or another.

To prevent major disruptions to their schools, the state will reduce funding to the Aurora school district until all the money is paid back, starting with a $2 million funding reduction for the 2018 school year.

This means the school district must scale back in a variety of ways to compensate for the multi-million dollar loss. Some specialized training programs have already been eliminated, for example, and as is typically the case, pressure has been placed on custodial teams to do more with less.

That's where Michael B. Ward, Custodial Supervisor for the Aurora Public Schools, comes in.

In the past, the school district has turned to automatic scrubbers to clean floors in the district's schools. But with these machines costing $6,000 to more than $8,000 each, Ward was looking for a system that could clean as effectively as a scrubber, as fast as a scrubber, but at a fraction of the cost.

He found it in the lithium-ion battery-powered AutoVac system from Kaivac. As this machine is walked over the floor, it releases measured amounts of fresh cleaning solution directly to the floor. A 28-inch, drop down squeegee at the back of the machine provides the necessary agitation to loosen and remove soils, which are then vacuumed up by the machine.

Independent tests have concluded that the AutoVac systems clean as good – if not better – than a traditional auto scrubber.

Plus, they can clean approximately 20,000 square feet per hour, comparable to a similar sized auto scrubber.

"It [just] doesn't make sense to spend thousands of dollars on an auto scrubber, when we can effectively care for all the flooring in our elementary schools with an AutoVac, at a fraction of the cost," says Ward.

The AutoVac costs about a third the price of a comparably-sized autoscrubber. But that is not the only savings.

Whereas some autoscrubbers eventually find a second home in a repair shop, there are so few components on the AutoVac, these systems rarely break down.  And if there is a problem, often it can be addressed with just a call to a Kaivac technician.

We should also note that Ward refers to the AutoVacs as a "grab-and-go machine that multitasks." He is referring to the fact that when used regularly, these machines combine dust mopping, wet mopping, and auto-scrubbing/wet extraction all in one process. 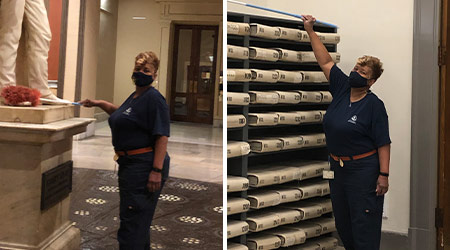 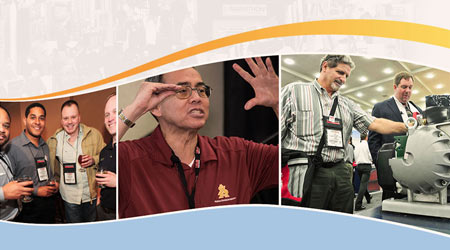 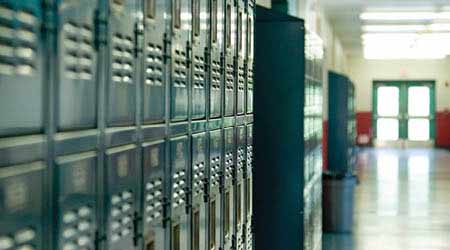 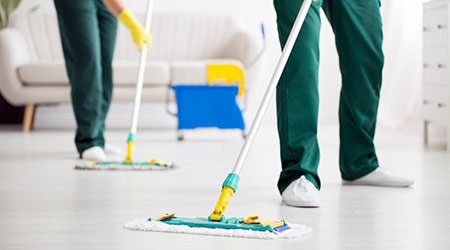