C. Diff Bacteria Has Another Strain 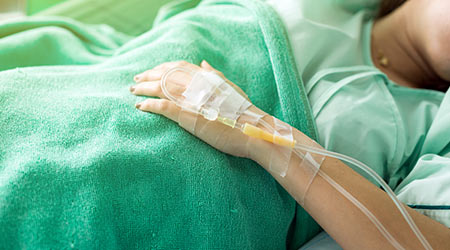 Scientists say that Clostridium difficile (C. diff) is evolving, which could make things more difficult for hospitals that have for years struggled with the bacteria.

Researchers at The Wellcome Sanger Institute and the London School of Hygiene & Tropical Medicine say they found that C. diff bacteria appears to have broken off into another species, reports StudyFinds.

The newly discovered strain are problematic because they prefer the sugar-rich diet enjoyed in western countries and can tolerate the cleaning procedures typically carried out at the healthcare facilities in these countries.

While the researchers just uncovered the strain, it’s likely been around for tens of thousands of years and is probably the cause of the majority of C.diff infections at hospitals today.

The strain, which is being called C. difficile clade A, was built to withstand modern diet and healthcare facilities way before they existed.

Those involved in the study say it has provided scientists with a better understanding of how bacteria evolves over time. They say the discovery further proves the importance of genomic studies of bacteria.

Another study conducted by the American Society for Microbiology recently found that C. diff is doing a good job of sticking to hospital gowns even after they've been treated.