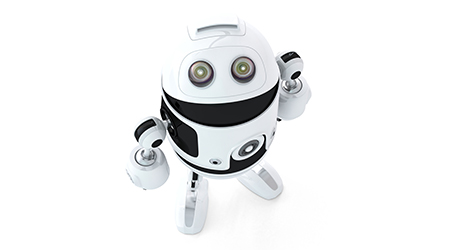 Autonomy Solution Providers (ASPs) represent a subset of robotics companies that are hardware agnostic and can retrofit their technology stacks onto a range of mobile robots. While the mobile robot space is nascent, it is ramping up at an accelerating rate, and with their flexibility, competencies in software, and ability to build value-added services without the need for a specific platform, ASPs will become central to the future ecosystem. ASPs will be both providers and integrators, acting as an interlocutor between AI, software, vehicles, and end-user.

ABI Research, a market-foresight advisory firm providing strategic guidance on the most compelling transformative technologies, researched 12 key providers in this space. According to a press release on BusinessWire, ABI found that, based on relative innovation and implementation, Brain Corp, Seegrid, Balyo and Autonomous Solutions Inc. (ASI) are currently the leading providers of proprietary solutions for navigation and mobility.

“The findings showcase the key companies who have pushed the boundaries of robot navigation technology in a range of challenging environments,” said Rian Whitton, Research Analyst at ABI Research.

While Balyo, a partner with Amazon, and Seegrid have successfully positioned themselves toward the two most popular markets for mobile robots, namely material handling for logistics and first-mile delivery for manufacturing. Brain Corp has deployed industrial and commercial floor cleaners in the hundreds in public spaces, and ASI has developed both teleoperated and autonomous robots in the mining space for haulage, drilling, bulldozing, and excavating.

ASPs are integral to several key stakeholders in the industrial space. Among them are OEMs who have large existing fleets of forklifts, tuggers, and heavy vehicles that need to be automated. This is leading to the development of strong partnerships between providers like ASI and heavy vehicle manufacturer Komatsu, that need their fleets to become automated in the long run. At the same time, ASPs need to move toward providing value-added services and enablers beyond autonomous mobility, as the market for solutions becomes saturated and their OEM partners attempt to develop their own in-house technology.

However, merely focusing on these four market leaders neglects the impressive capabilities of various other ASPs. Clearpath Robotics, a Canadian research company and developer of a proprietary solution for SLAM, also acts as an ASP distributor for other robotics companies, and is becoming a key player in the wider ecosystem. Meanwhile, Chinese-American vendor PerceptIn has built the most comprehensive range of sensor solutions, with RTK GNSS, Sonar, Lidar, and machine vision algorithms to help developers and vendors build and customize their vehicle solutions.

“These companies don’t yet dominate the mobile robotics space, but they are well placed to become central to the future of the industry. As value shifts to software, AI, and value-added services, those that are vendor-independent, and vehicle-agnostic will be better placed to extend their market reach. We can expect major tech giants like Amazon to enter this space as well, given their partnership with front runner Balyo,” Whitton concluded.

These findings are from ABI Research’s Mobile Robots: Autonomy Solution Providers application analysis report. This report is part of the company’s Industrial, Collaborative & Commercial Robotics research service, which includes research, data, and Executive Foresights. Based on extensive primary interviews, Application Analysis reports present in-depth analysis on key market trends and factors for a specific application, which could focus on an individual market or geography.