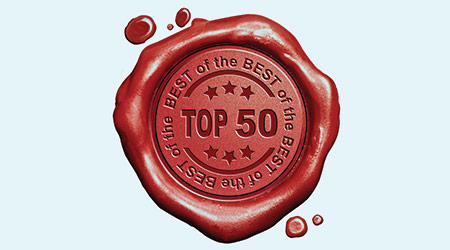 Brain Corp, an AI company specializing in the development of self-driving technology for robots, recently announced that it has been named to the Robotics Business Review Top 50 Robotics Companies list. The annual ranking recognizes a list of global visionaries based on their innovation, groundbreaking application, commercial success, and potential throughout the robotics ecosystem.

“Brain Corp is thrilled to be named to the RBR50 2018 list alongside such accomplished and innovative leaders in the field,” said Dr. Eugene Izhikevich, Co-Founder and CEO of Brain Corp. “At Brain Corp we believe that robots are the future. Our team is dedicated to continuously evolving our AI software to power collaborative machines that work and live alongside people. This recognition is a testament to the work we have achieved today and the milestones we seek to achieve in the future.”

Now in its sixth year, the RBR50 program recognizes robotics companies from across the globe. Qualifying factors include the development of groundbreaking products, commercial success and the company’s ability to transform end-user markets. Companies that have made the RBR50 list in previous years include Amazon Robotics (Kiva Systems), Boston Dynamics, IBM Watson, Nvidia, SoftBank Robotics, iRobot, and other notable innovators in the industry. Robotics Business Review will track each of the RBR50 2018 companies throughout the year on its website’s interactive company pages.