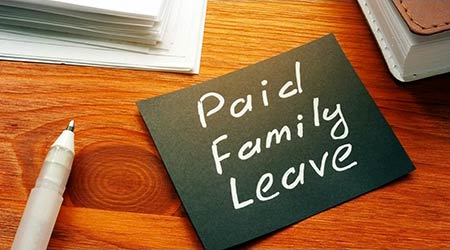 President Joe Biden hopes that his proposed American Families Plan will give Americans the paid leave from work that citizens of some other nations receive.

According to the Motley Fool’s The Ascent, Biden’s plan would give employees paid leave so that they can:

- Bond with a new child

- Care for someone who is ill

- Recover from a serious illness

- Cope with the loss of a loved one.

It’s the goal of the plan that people in these situations would be given up to 12 weeks of paid leave by the time the program has been in place for a decade.

The program has an estimated price tag of $225 billion over a decade. That money would provide workers at least two-thirds of their average weekly wages while on leave. Those working low-paying jobs would receive 80 percent of their regular wage while on leave. The most a worker on leave could receive in a month is $4,000.

The Ascent says that Biden’s plan could also be a help to employers because it might cut the cost of employee turnover and improve employee retention.

Currently, Americans can be granted unpaid leave through the Family and Medical Leave Act. This act grants employees up to 12 weeks of unpaid leave in a 12-month period in situations where:

- They just became a parent through birth, foster care placement or adoption

- They need to care for a spouse, parent or child who has serious health issues

- They need to recover from their own health issue

- Complications due to the fact a spouse, parent or child is a covered military member

The act also allows someone to take up to 26 weeks of leave during a 12-month period if he or she is caring for a covered military member who is seriously injured or if the person receiving the benefit is a a child, parent, spouse or next of kin.