Biden Could Focus On Chemical Safety 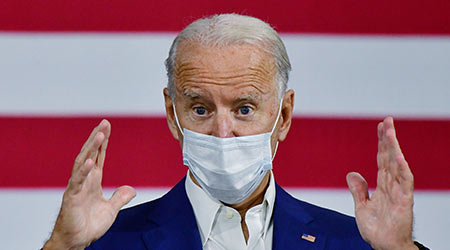 New President-elect Joe Biden might not take the oath to become the United States' next Commander-in-Chief until January, but that isn't stopping people from theorizing what his top priorities will be when the time comes. The Biden Administration will place a renewed emphasis on examining the risks taken by people with higher-than-normal exposure to chemicals, reported Bloomberg Law. Depending on what is discovered, his administration could work to further regulate chemicals.

The assumption that Biden will want to take a closer look at chemical safety stems from, among other things, a moment in the final presidential debate where he discussed the fears generally faced by people who live near oil refineries and chemical manufacturing operations. While on the topic, Biden said "you impose restrictions on the pollution" in an effort to keep the people living in these area safe.

Further painting a picture of what's to come, five attorneys who deal with chemical policies expect Biden's Environmental Protection Agency to closely examine how people and wildlife are exposed, and potentially harmed, by chemicals. Those attorneys believe that the closer EPA examines the situation, the more likely it is that more restrictions are put on chemical use.

One attorney told Bloomberg that an EPA under Biden could bring attention back to a few rules that were explored during the Obama Administration. Two of those rules call for restrictions on the use of trichloroethylene (TCE), which is a solvent. Another rule would look to restrict the use of n-methylpyrrolidone (NMP).

For more on what the rest of the attorney's had to say, check out Bloomberg Law's full article here.