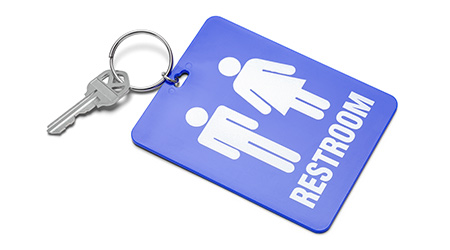 GasBuddy, which tracks fuel prices across the country, also collects reviews of gas station restrooms and posts an annual list of which brands rate the highest for cleanliness on its website. Consumers, or “Gas Buddies,” can review gas stations and their restrooms with the GasBuddy app.

According to Frank Beard, convenience store and retail trends analyst at GasBuddy, the reputation of gas station restrooms has improved in the past three years, with brands making significant efforts. In fact, GasBuddy has found that gas station restrooms are getting cleaner. Cleanliness ratings have improved 6 percent since 2017.

And, not surprisingly, these efforts are important to customers. GasBuddy’s 2019 summer travel survey showed that 40 percent of travelers fear needing to use the restroom but not knowing where to find a clean one, an increase of 3 percent from the previous year.

This year, there are some clear winners among the gas station brands rated. Brands need to have at least 20 locations to be part of the analysis.

Utah-based Maverik won the top spot in six states, the most out of any brands. Wawa and QuikTrip tied in second, leading in six states, followed by, Irving, Kwik Trip and Sinclair each topping the list in three states.

And while Maverik covered the most territory, Texas-based Buc-ee’s had the highest-rated gas station restrooms in the nation.

The state with the highest gas station restroom ratings overall is Nebraska.

For those who appreciate visuals, the USA Today website offers a photo gallery of Gas Buddy’s go-to restrooms.