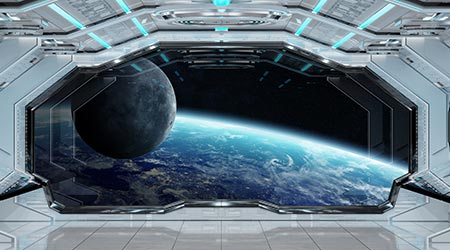 There are few places less bacteria friendly than NASA clean rooms, but even they have their own microbiomes — a super-hardy species that somehow withstands NASA’s disinfection, according to an article on The Atlantic website.

These microbiomes are dominated by Acinetobacter bacteria, which are typically found in soil and water. While other microbes perish during the cleaning process, Acinetobacter persists, the article said.

A team of scientists from California State Polytechnic University at Pomona has discovered one of Acinetobacter’s survival tricks is a taste for cleaning products. These microbes can feast the chemicals that are meant to banish them.

“You can clean the rooms out and sterilize them, but microbes are still there,” said the group’s leader, Rakesh Mogul, said in the article. “To be a bit Jurassic Park about it: Life will find a way.”

During their research, members of Mogul team found that Acinetobacter might be able to grow on isopropyl alcohol, the main chemical used to wipe clean-room surfaces, and Kleenol 30, the detergent used to scrub the rooms’ floors.

Even if they can’t use these substances as energy sources, they can certainly break them down. They can even withstand treatment with hydrogen peroxide, the chemical used in bleaches, detergents, and disinfectants, the scientists found.

Ultimately, the study found that “disinfectant chemicals intended to kill bacteria are feeding, sustaining, and increasing the sterilization tolerance for some microorganisms.”

Acinetobacter strains are unusually tough. They can resist hydrogen peroxide, desiccation, radiation, high pressures, and temperatures of up to 80 degrees Celsius.