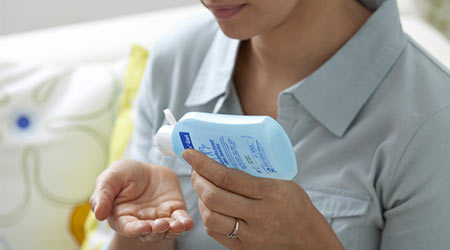 They're not resistant yet, but they're becoming "more tolerant." The bacteria were able to survive for longer periods of time after being doused with alcohol.

The increasingly tolerant bacteria causes enterococcal infections that affect the digestive tract, bladder, heart and other parts of the body.

Many of these alcohol-tolerant bacteria are resistant to multiple drugs as well, the article said.

Healthcare facilities will need to "adhere rigorously to hand-hygiene protocols," said Timothy Stinear, a coauthor of the study and a researcher at the University of Melbourne's Doherty Institute for Infection and Immunity, and probably institute additional measures to stop the spread, such as increased hand-washing with soap after coming into contact with the bacteria.

People who wash their hands less because that alcohol-based hand sanitizer makes them feel confident that their hands are clean can become vehicles for alcohol-resistant organisms, according to Lance Price, a professor at the George Washington University's Milken Institute School of Public Health and the founding director of GW's Antibiotic Resistance Action Center.

Enterococci is most often found in hospitals. But this research has implications for any bacteria that may begin tolerating alcohol.