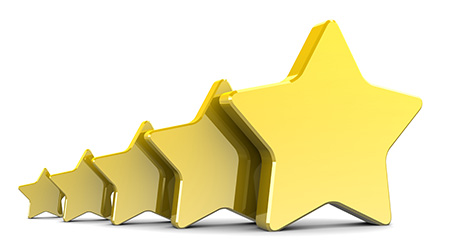 Marshall was selected as one of 81 people on the list from among more than 28,000 franchisees representing more than 300 brands. Franchise brand leaders were asked to nominate franchisees who displayed admirable leadership, business acumen, financial and professional success and contributions to their community.

“There are not many franchise owners more deserving of recognition than Sheri Marshall, says Todd Hopkins, founder, president and chief executive officer of Office Pride Commercial Cleaning. "Not only has she worked hard to build a successful business, but she also is one of the kindest, most generous human beings I know. Her keynote speech at our 2019 franchise owners retreat was incredibly inspiring. She is a total rock star in my book.”

Life hasn’t always been easy for Marshall. In 2008, a series of misfortunes cost her and her husband their jobs. The couple lost everything, and in an effort to get back on their feet, they became long-haul truckers and hit the road with their 9-year-old, whom Marshall home-schooled. A few years later, they met an Office Pride area developer at a homeschool meeting and were drawn to the brand’s core values. Marshall has owned her franchise for more than five years.

Since joining Office Pride, Marshall has earned the respect of her peers and received several Office Pride awards for Customer Retention (2015); Customer Satisfaction (2016); Standards of Excellence for the promotion of core values, sales growth, revenue retention, engagement and reporting (2016-2019); and the Salt and Light award for community service (2019).

In 2018, she also received Henrico County Mental Health Services’ Partnership Recognition Award for her commitment to hiring people with disabilities. In addition, she works with other local nonprofits to provide jobs to people who are homeless, on parole and working to get their lives back on track, and in drug and alcohol recovery programs.

“I have learned so much in five years with Office Pride about how to be kind to people," says Marshall. "God has given me great empathy for other people – especially those who live with challenges, whether they be mental health or physical, the homeless or single moms.”

Franchise Business Review is an independent market research firm that specializes in benchmarking franchisee satisfaction based exclusively on ratings and reviews from franchise owners.