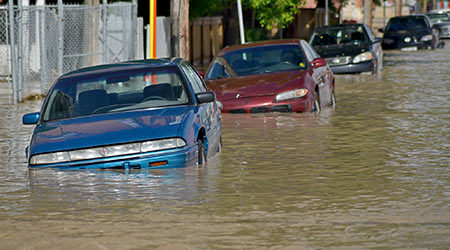 During the first week of May, Montreal, Quebec, and other parts of Canada saw more rain than what is typically received in an entire month. The flooding resulted in a state of emergency for ten Canadian cities.

An estimated 5,000 households have been impacted with more than 2,000 people being asked to exit their homes.

To help deal with what is now being referred to as a "catastrophe," Avmor, a manufacturer of professional cleaning solutions, is donating cases of hand soaps, cleaners and disinfectants and other cleaning solutions to home and building owners. The products will help with cleanup operations.

"With the rain stopped and water now receding, we decided now is the time to help those most impacted by the floods," says Lai-Na Wong, marketing manager for Avmor.

Avmor will be partnering with established volunteer organizations in the impacted area to deliver the goodwill offering.

"Along with cleaning products, we are [also] donating empty boxes to dispose of damaged goods," says Wong. "One borough (city-wide area) alone has already collected 422 tons of debris in just one weekend."

As of yesterday, it is believed the floods have caused only one death. Now, the big concern is the economic impact the catastrophe may have had.

"No one knows exactly what that will amount to," adds Wong. "Hopefully it will be less than what is expected right now."