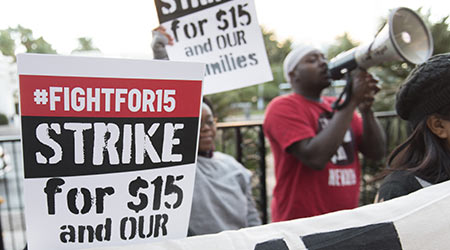 The minimum wage most people must be paid in Virginia rose roughly 27 percent over the weekend to $9.50 an hour, reports the Associated Press.

The pay hike from the federally mandated $7.25 minimum was brought about by a law the commonwealth passed in 2020. That change does not impact those under the age of 16 or people under the age of 18 who are still in school full-time and work less than 20 hours a week.