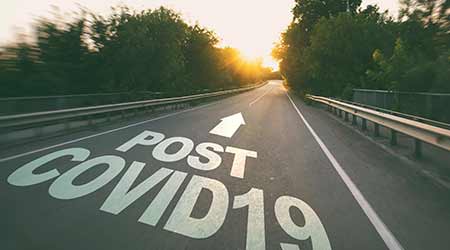 “It is always a privilege to spend time during convention alongside our franchise owners, but this year was even more inspiring to see such outstanding attendance coming out of very challenging times,” said PuroClean Chairman and CEO Mark W. Davis. “Each of our owners and team members play a vital role in contributing to PuroClean’s reputation as a world-class brand, and we are so proud to host them again to celebrate in person, looking ahead to an exciting future.”

This year’s Convention offered a series of talks by industry and motivational speakers, including a speech by keynote speaker Scott Greenberg, which focused on the strategies behind successful franchise culture. Davis and PuroClean President and Chief Operating Officer Steve White delivered a company update, focusing on the growth within the network this past year. The Convention also featured a variety of training sessions by PuroClean’s world-class training team. Most notably was the first-ever Microbial WarriorTM training, a one-of-its-kind intensive industry course coordinated by PuroClean’s Director of Training & Technical Services, Darren Hudema, WLS, teaching franchise owners how to restore property affected by bio-forensic and infectious agents.

An awards dinner honored both long-time and new franchise owners in several categories. Some of those recognized were:

- Ivan and Karina Oliver, PuroClean in San Antonio, Franchise of the Year

PuroClean’s charitable initiatives throughout the convention raised over $15,000 for Feeding South Florida, a branch of the Feeding America network. A check was presented by PuroClean and Vice Mayor Michael Udine of Broward County, Florida, to the non-profit organization during the awards dinner.  In recognition of PuroClean’s support of military veterans noted earlier in the evening, Feeding South Florida made the surprise announcement that they would deploy all funds raised during the convention to veterans and their families.

“It is exciting to host our international convention right here in South Florida, just minutes from our home office,” said White. “This week’s convention really underscored the relentless personal customer service provided by our network in their own hometowns. We were honored to celebrate the team’s achievements this past year while providing groundbreaking training and critical insight to our owners, helping to form their future growth in years ahead.”