Americans Are Reducing Their Water Footprint 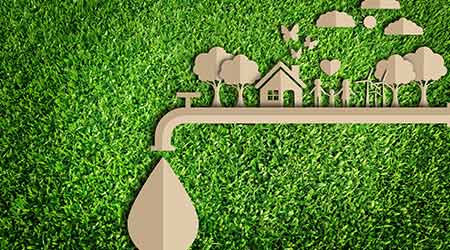 A study released in December by Pew Research found that Americans are "unquestionably reducing their environmental footprint [when it comes to] water use."

The study found that 68 percent of those surveyed report they have found one or more ways to reduce water consumption.

The report said that in 1995, daily residential water use was 97.5 gallons of water per person, per day in the U.S. By 2015, the most recent year data is available, that was reduced to 81.7 gallons per day — a 19 percent reduction in consumption.

While no reason was given, the researchers reported that in 1995, the city was consuming 171.5 gallons of water per person per day; that is now down to 66.6 gallons — a reduction of more than one-half.

The U.S. Energy Information Administration reports that commercial buildings in the U.S. that are 200,000 square feet or more use nearly 360 billion gallons of water annually, or about 20 gallons of water per square foot.

"Unfortunately, this has not changed much over the years, even though thousands of facilities have taken advantage of water reducing technologies such as water-efficient toilets and no-water urinals," says Reichardt.

"What has changed, however, is the types of facilities using the most water,” says Richard. “Today, we have more and larger healthcare facilities and prisons than ever before. These facilities use huge volumes of water and are just now taking steps to cut back."