All Major Airports Required To Have Breastfeeding Rooms 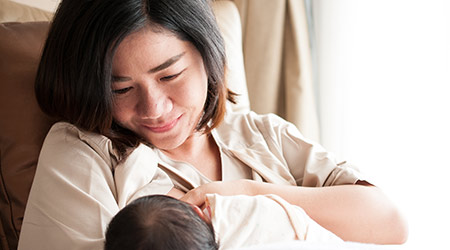 All major airports will have to have breastfeeding rooms thanks to the Friendly Airports for Mothers (FAM) Act, according to reports from Self. The law requires all medium and large airports to provide clean, private facilities for breastfeeding or pumping by Oct. 1, 2020.

The bipartisan bill was introduced in May 2017 by Sen. Tammy Duckworth (D-Ill.), and Rep. Stephen Knight (R-Calif.) and was included in the package of Federal Aviation Administration (FAA) reauthorization bills that were recently signed into law.

The breastfeeding room law specifies these areas must be shielded from public view or intrusion, lockable, and readily accessible to people with disabilities. The areas must provide a place to sit, a table (or similar flat surface) and an electrical outlet.

The rooms also must be located after the security checkpoint in each terminal—and they cannot be inside a bathroom.

The law also makes grants available for installing these facilities and requires airports to have baby-changing tables in the both men’s and women’s restrooms in each terminal, according to Fox News.

In her advocacy of the bill, Duckworth cited a 2014 survey of 100 U.S. airports that found that while 62 percent of the airports claimed to be breastfeeding-friendly, only 8 percent met the minimum requirements for a lactation room (a private space other than a bathroom providing a chair, table, and electrical outlet).