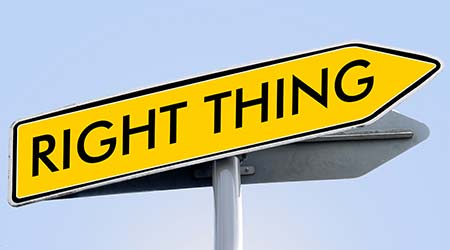 Chavada found a plastic storage bag filled with $750 worth of foreign currency and decided the best thing to do was return they money to the security at Sardar Vallabhbhai Patel International Airport in Ahmbdabad, India, where he works as a janitor.

Thanks to the 22-year-old's honesty and initiative, airport personnel were able to return the money to the passenger, reports Latestly.

Chavada told reporters he was cleaning the trays at the security check counter when he found the bag of cash. He said he instantly realized a passenger had forgotten to grab the bag, so he hurried to the security check counter. Security then used airport camera footage to identify a few passengers who might have misplaced the cash. After verifying the details, the passenger who forgot the cash was able to claim his money before he boarded his flight.