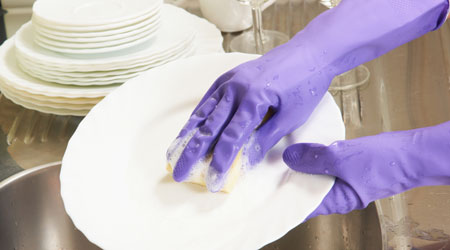 The National Advertising Division has recommended that Colgate-Palmolive Company modify or discontinue “3x More” claims that compare the performance of Ultra Palmolive Fusion Clean dishwashing liquid to The Procter & Gamble Company’s Dawn Non-concentrated dishwashing liquid, following its determination that the advertiser’s evidence wasn’t a good fit for the challenged claim.

NAD is an investigative unit of the advertising industry’s system of self-regulation. It is administered by the Council of Better Business Bureaus.

As NAD noted in its decision, it is well established that substantiation must be a good fit for the claims that are made.

Here, Colgate relied on its Hand Dishwashing Test as support for its claims. Colgate’s HDT was based on industry-accepted ASTM testing method for quantitatively determining the number of soiled dishes that can be cleaned by a dish liquid while the foam remains.

NAD noted that there was no dispute over the test methodology, which NAD has previously found acceptable for comparative dishwashing claims.  Even where methodology is reliable for one purpose, NAD noted, it may not be sufficient substantiation for advertising claims made in a different context.

NAD further recommended that Colgate discontinue its use of the challenged 1=3 graphic, which conveys the unsupported implied message that one bottle of Fusion Ultra equals three bottles of Dawn Non-concentrated.

Colgate, in its advertiser’s statement, took issue with NAD’s findings, but said it would comply with NAD’s recommendations.

Note: A recommendation by NAD to modify or discontinue a claim is not a finding of wrongdoing and an advertiser's voluntary discontinuance or modification of claims should not be construed as an admission of impropriety. It is the policy of NAD not to endorse any company, product, or service. Decisions finding that advertising claims have been substantiated should not be construed as endorsements.