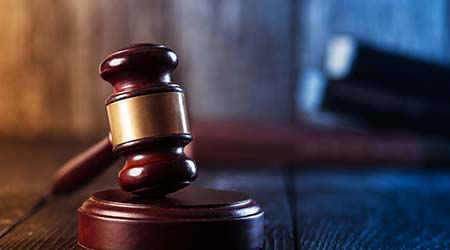 ABM has entered into a written settlement agreement in the consolidated action ABM Industries Overtime Cases (also known as the “Bucio case”), pending in the Superior Court of California, County of San Francisco.

Filed in 2006, the case relates primarily to a legacy timekeeping system that has not been in use by ABM since 2013. The settlement is subject to court approval. Under the terms of the settlement agreement, the Company has agreed to pay a total sum of $140 million to fully resolve all claims that were asserted by plaintiffs against the Company.

To meet the final terms of the Bucio case settlement agreement, the Company intends to reserve $110 million in the third quarter of fiscal 2021, supplementing the $30 million previously reserved. ABM admits no wrongdoing as part of the settlement.

“We are confident this settlement is in the best interests of ABM and our stakeholders, as it removes the ongoing costs and uncertainty associated with protracted litigation. Our strong financial position, free cash flow and recently increased credit line provide us with significant resources to pursue our strategic growth priorities,” says Scott Salmirs, president and Chief Executive Officer of ABM Industries.