A Gadget That Entertains While Tracking Handwashing Habits 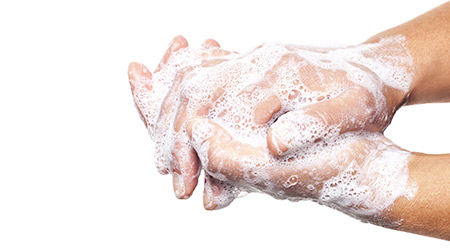 Restroom handwashing habits could soon be improved due to a small gadget developed by startup based out of Northwestern University.

City Health Tech’s new device encourages handwashing for at least 20 seconds using a 3D-printed monitor that is attached to faucets, reports The Daily Northwestern. The monitor displays entertaining videos to keep the person washing their hands occupied while the the rest of the device collects data on user’s handwashing habits.

The startup’s founder, Ibraheem Alinur, told the university newspaper that the device could be placed into elementary schools, restaurants and hospitals in an effort to protect the health of those using the faucets. He says the idea for the device came from observing how often people in cities get sick due to living in close quarters. This observation encouraged Alinur to create something that could both encourage and monitor healthy handwashing practices at the same time.

In addition to receiving a flu shot, proper handwashing is one of the best ways to avoid the flu, according to the Centers for Disease Control and Prevention. And with the flu being as bad as it has been this year, City Health Tech’s device might just be needed.