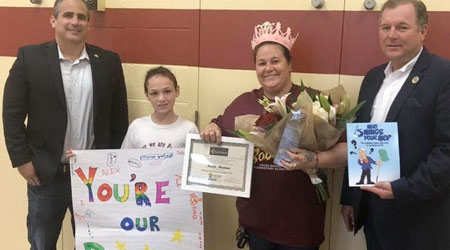 Nicole Martone does such an awesome job as the school custodian at Cross Bayou Elementary in Pinellas, Florida, that tens of thousands of people consider her to be a rockstar, reports News Channel 8.

Martone, who is known to students as “Miss Nikki,” became the first recipient of The Academy of Cleaning Excellence’s “Rock Star Custodian” award. Martone was nominated for the award by coworker and won after receiving 42,000 nationwide votes.

Created by the Academy For Cleaning Excellence and GEM Supply, the Rockstar Custodian program honors the best custodians in the United States. Custodians are nominated for the award based on their integrity, ability to properly analyze a situation, determination, optimism, willingness to take ownership for their actions, service to others, ability to utilize resources and communication.

Martone’s application for the award can be read here in the News Channel 8 report.