2010s Presented A Shift In Sustainability 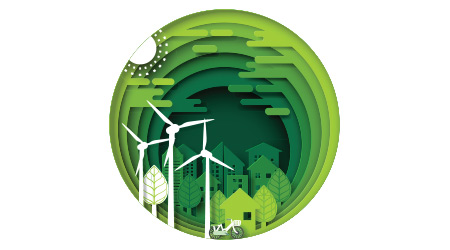 A lot of change happened around the world in the previous decade. Among other things, the 2010s will be remembered as the decade when sustainability came of age.

"There has been what I call a 'sustainability shift,’” says Steve Ashkin, president of The Ashkin Group. “More companies now realize that sustainability, cost savings, risk aversion, and business growth, all go hand in hand."

Ashkin believes that revisiting what was accomplished over the past decade will provide insight into where sustainability will be going in the next 10 years. He says the following are noteworthy sustainability accomplishments of the last decade:

- The 2019 Business Roundtable released a new "Statement on the Purpose of a Corporation," asserting that U.S. companies should transition from focusing primarily on profits to "supporting communities and protecting the environment by embracing sustainable practices."

- A decade ago, only about 40 percent of U.S. adults believed protecting the environment was a top priority. Today, that number is closer to 60 percent.

- By 2019, power generation in the U.S. from renewable energy sources surpassed power produced from coal. Related to this, the U.S. Energy Information Administration reports that the U.S. coal mining output has declined 27 percent over the past decade; coal is a significant contributor to greenhouse gas emissions.

- Recycling and composting in the U.S. has gone from just over 75 million tons in 2010 to nearly 100 million tons today.

- The number of Americans employed in the U.S. solar industry has more than doubled since the beginning of the decade; there are now more people working in solar power industries than in oil, coal or gas.

"It is this last point that provides us with a solid indication of how sustainability will impact our economy," says Ashkin. "Simply put, sustainability is where the jobs are. In the next 10 years, we will see sustainability become one of the leading drivers of the U.S. economy.