20 States Where Minimum Wage Increased For 2021 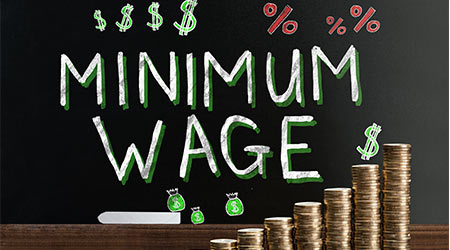 Many people hope that that 2021 will eventually go down in history as the year where the United States bounced back from an awful 2020. While it will be some time before it's determined whether 2021 was a year of recovery, some changes have already been determined. For example, 20 states raised their minimum wage on Jan. 1, 2021, reports Forbes.

Depending on the state, some workers earning minimum wage will see minuscule increases to their earnings. For example, minimum wage increases are less than a dollar in Alaska, Arizona, Colorado, Florida, Maine, Maryland, Massachusetts, Minnesota, Missouri, Montana, New York, Ohio, South Dakota, Vermont and Washington. Minnesota's increase from $10 an hour to $10.08 an hours is the smallest. The average increase in minimum wage per state is less than $0.50.