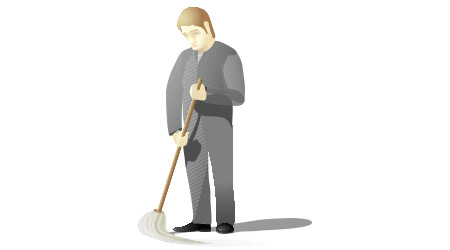 According to the U.S. Equal Employment Opportunity Commission (EEOC), in 2019, there were nearly 73,000 charges of workplace misconduct filed. These include allegations of retaliation, discrimination, violence and sexual harassment in the workplace.

While the number seems astronomical, what is also hard to believe is that most of these incidents go unreported. This has been verified by several studies that have found as many half or more incidents of workplace misconduct or violence are never reported.

"The big question then is why," says Johnathan Tal, CEO of TAL Global, an international security consulting firm in Silicon Valley, California. "The reasons can vary, but typically they involve a lot of fears."

According to Tal, among the most common fears victims report are the following:

1. Fear of losing their job, a promotion, or being demoted. 2. Fear of being denied a pay increase.

2. Fear of being denied a pay increase.

3. Fear that colleagues will treat them differently if they report an incident, potentially even ostracizing them.

4. Fear of embarrassment or harassment.

5. Fear they will not be believed.

6. If a female victim, fear of being labeled "difficult."

7. If a male victim, fear of being considered "weak."

8. Fear of reliving the incident should it be investigated.

9. Fear the incident will be reported within the local community or the industry in which the victim works.

10. Fear of not being able to get another job if the incident is reported.

"To address all these fears, the first thing an organization must do is develop a workplace violence prevention program," says Tal. "Part of the program must ensure staffers know it is safe to report an incident [and that] their information will be investigated discreetly, respectfully and confidentially."

"These incidents happen just about anywhere," he says. "But they all seem to have one thing in common. There were warning signs. They just went undetected."