The Reasons Americans Are Choosing To Stick With Jobs 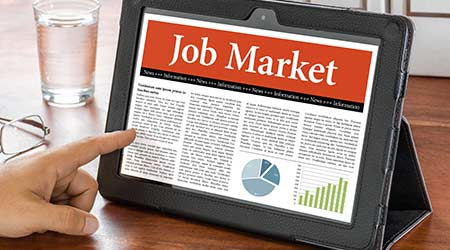 Cognizant of the negative impact COVID-19 has had on overall life and the instability those issues create, some Americans aren't risking moving on from stable employment, according to LinkedIn's Workforce Confidence Index.

When asked to identify the top reason why they'd choosing to stick with their current job, 74% of those surveyed answered with some sort of response LinkedIn likens to "shelter in job" - an obvious Coronavirus-era-induced nod to "shelter in place."

With 59% of the response, the top reason people listed for having a "work in job" mentality is that they're happy to receive the stable paycheck the former provides. At a time when layoffs, payouts, and reduced hours are becoming increasingly common, that would seem to make sense.

Other top reasons people said they're sheltering-in-job are:

LinkedIn broke down answers so it shows how people of different races replied. The survey shows African Americans are the most likely to want to shelter in job, with white people being the second most likely.

Respondents gave other reasons for wanting to stick with a job than wanting to shelter in job. At little less than half (45% of respondents) said they're choosing to stay because they enjoy what they do. White employees were the most likely to give this reply at 47 percent, followed by Hispanic and Latino workers. African and Asian Americans gave that reason considerably less, at 29% and 33%, respectively.

Other reasons people gave for wanting to stick with their job are that they're doing well enough to be promoted (18%) and are developing new skills (14%).

More than 5,500 LinkedIn members with steady employment were surveyed between Jan. 16 to Jan. 29. Respondents were allowed to choose more than one reason why they're wanting to stay at a their place of employment.