Top Managers Learn From Their Mistakes 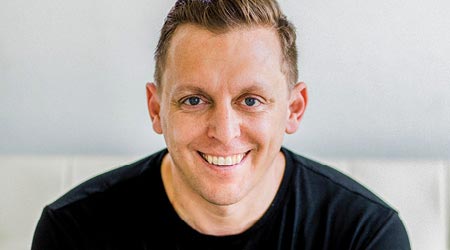 I recently had a unique opportunity come my way. I was invited to visit 3M headquarters in Minneapolis to discuss cleaning on a high-level and tour their museum. They call it their Innovation Center, but I’m going to stick with museum.

Normally, when I am invited to meetings like this, it’s either because I’m about to be hired or about to be fired. It is the reality of working as a consultant. But as a result, I end up learning how most operations function — who the players are, what kind of corporate language they speak and how in-tune they are with the market — which is why this trip was so interesting.

As we walked into the museum of all things 3M, I was struck by the large tribute to former company president, William McKnight, in the foyer. Under his photo was this quote, “Management that is destructively critical when mistakes are made kills initiative. And it’s essential that we have many people with initiative if we are to continue to grow.”

This gave me pause. And when I stopped to read the plaque further, my host came to stand next to me.

“You know, 3M was founded on purchasing a single mine,” she said. “We were supposed to be a corundum mining company. We purchased a mine, but it didn’t produce much corundum, which is a great abrasive for grinding wheels. Instead, our mine was filled with a mineral called anorthocite, which wasn’t great for industrial grinding…”

With a mine full of a mineral that they couldn’t use, and the heavy investment it took to secure the materials, 3M was flirting with bankruptcy. They knew that the mineral in their mine wasn’t suitable for grinding wheels, so they instead used it to make sandpaper — a product that was difficult to properly make in Minnesota’s humid climate.

They soon discovered that anorthocite wasn’t the greatest material for sandpaper either. It initially wore down and fell off the paper (although, years later, it became a good source of aluminum oxide for floor pads).

Undeterred, 3M began importing garnet from Spain to make sandpaper. Then one shipment was accidentally doused with olive oil during transport, which made the garnet fall off the paper. After customer complaints, 3M began washing and baking the garnet before manufacturing the paper. This eventually led to their introduction of waterproof sandpaper in the early 1920s — and was among the products that helped 3M begin its abundant growth.

This story struck me for several reasons. First and foremost, it is a Shakespearean comedy of errors. Perhaps something you’d expect to happen on the set of an Ed Wood film. However, there is more subtlety that bears reflection. These events laid the foundations for one of the largest and most influential global companies, and they were all based upon mistakes.

More profoundly, it struck me because I often paralyze myself with fear of making mistakes. I come from a long line of fastidious perfectionists — it’s hardwired into my DNA. In my experience, mistakes are painful. Mistakes are death. Mistakes are embarrassing.

But sometimes I need to realign my perception to the fact that mistakes are also educational. They are an ever-present reminder of our humanity. Mistakes present us with opportunity.

Next time you find yourself mired in a mistake, it might be helpful to remember that as long as you stay true to the initial idea that led you down the path, those mistakes are merely opportunities. After all, they forged another thing you might have heard of called sandpaper and floor pads.

Ben Walker is the Director of Business Development for ManageMen, Inc., a leading cleaning industry consultancy specializing in training, transitions, auditing and educational materials. In addition to his consulting work, Walker is the author of ISSA’s best selling book: 612 Cleaning Times and Tasks.