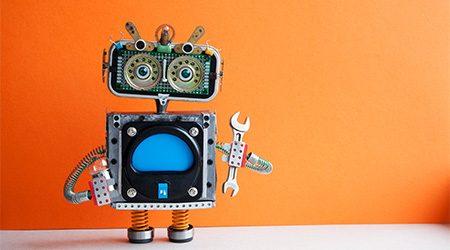 Sometimes, a product becomes so integral to daily routines that the extent to which technology can offer improvements seems maxed out — or, at least, it’s hard to imagine. Think about a refrigerator, for instance — a big, sleek box that keeps food cold and preserves goods for weeks on end. A century ago, this was revolutionary, and changed the way society functioned. Now, though, it’s a standard component of almost any household.

The humble vacuum falls under this same umbrella. By itself, it’s a miracle device. A portable, sturdy and efficient machine that not only picks up dirt, particles and debris, it also collects it for easy disposal. Once considered a revolution, these devices are now staples of any facility cleaning program.

As it turns out, though, the industry has barely scratched the surface of what ever-evolving vacuum technology can offer — and this equipment is firmly in the crosshairs of tech-minded companies that see unlimited potential. These opportunities might be the answers to mounting challenges of facility managers (a dwindling workforce, the need to operate safely during a global pandemic, the constant pressure to do more with less, etc.), who are looking for ways to increase efficiency and safety.

The recent emphasis on supply chain woes has impacted virtually every aspect of modern society. The scarcity of sorely needed parts and equipment has thrown a wrench into product innovation, testing and roll-out, and has affected the development of tech-based products of all sorts. Turn back the calendar a mere five years and managers will find stories abound with optimism about the future of vacuum technology.

In 2016, Future Market Insights estimated that robotic vacuums claimed an estimated market value of $1.5 billion, and that was with a mostly residential consumer base. As robotics work their way into commercial and industrial settings, market share is expected to climb to a projected $2.5 billion.

Visions of robotic vacuums roaming the halls of offices, hospitals and schools are enticing, and though the industry has certainly seen a rapid advancement in the realm of automated multi-use floor machines, the vacuum industry is working to grow expectations beyond the now-familiar circular home devices.

As the pandemic grew in scope and scale, the promise of robotics received renewed interest. While offices and public spaces began to gradually re-open, it was crucial to minimize the human presence. Instead of a custodian plugging in the trusty vacuum at the end of the day, wouldn’t it be nice if a manager could open an app, start the automated cycle on a smart vacuum, and monitor cleaning progress from the safety of their home, or better yet, another work site entirely?

Realistically, scaling up the current generation of robotics to operate in a commercial setting isn’t as easy as it might seem. Though robotics can account for all sorts of obstacles that may pop up during their pre-programmed runs, it’s harder to account for the human observation of high-traffic areas.

It makes sense; moving over different types of flooring can require more power, which might drain batteries faster. Thicker carpet or stairs, for instance, may present challenges that require a human boost to tackle effectively. Any commercial vacuum must account for these variables.

"Robotic vacuums can be a hassle-free way to maintain your floors daily, removing surface debris between deeper cleanings," Booth explains, in a study examining the cleaning power of some robotic devices as opposed to standard upright units.

At the Cincinnati/Northern Kentucky Airport, one such commercial robotic vacuum — a step up from residential models — has already been deployed with noticeable results. The device itself has a smaller footprint than a typical robotic floor machine, allowing it to work during high- traffic times with relatively low levels of risk to pedestrians. A real-time notification pager alerts employees if any unexpected issues arise, and the battery charge offers a few hours of uninterrupted cleaning.

"Already we’re seeing improved productivity and effective digitized asset management," remarks Brian Cobb, chief innovation officer at the Hebron, Kentucky-based airport. "It helps us bridge the gap between workforce recruitment challenges and the work that needs to be done."

The artificial intelligence (AI)-based technology that operates these robotic vacuums open up a whole new world of possibilities when it comes to maintaining and reporting cleanliness standards. For example, devices can be programmed to monitor an onboard filter, which can then supply data that confirms operations are up to facility regulations.

The push for more robotic devices, particularly in the cleaning industry, is far from new. The equipment has been available for more than 30 years. Back in 2017, experts predicted that within a few years autonomous devices would be used in a variety of public spaces. Where once companies viewed the devices as a simple way to increase productivity for repetitive, heavy-duty tasks that employees might struggle with due to physical limitations, the evolution of robots into sophisticated additions to the workforce has been inevitable.

That hasn’t been without drawbacks, though; as smart technology has provided machines with the ability to perform more complicated tasks, employee skepticism has also become a concern. Instead of an opportunity to free up employees to perform more involved duties, workers might be concerned that their eventual replacement has already arrived, sowing distrust.

next page of this article:
Vacuums That Improve Employee Effectiveness