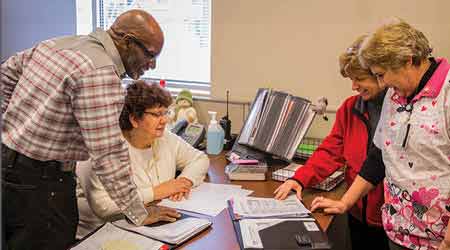 In an industry where it’s not unusual to see annual turnover rates in the three digits, one might do a double take after hearing of an employer that keeps it under 20 percent. Then there’s Frederick County Public Schools (FCPS) in Maryland, which loses less than 10 percent of its custodial staff each year — a remarkable feat for a large district with 66 schools and 41,000 students.

A set of strategic initiatives have helped FCPS buck industry turnover trends, according to Bob Wilkinson, director of maintenance and operations. The program makes the district’s custodial staff feel valued and heard, he says, and creates a queue of well-trained candidates ready to step in when long-term employees retire — all of which aligns with the district’s core values. 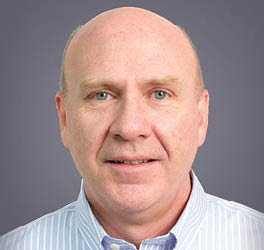 “As a school system that promotes high achievement in our students, we expect the same from our staff,” Wilkinson says. “In our constant effort to be better each and every day, we have placed an emphasis on perpetuating a robust corps of custodians prepared to respond to the needs of our students and staff.”

Behind many of the innovative programs at FCPS is John Carnahan, FMP, manager of custodial services/operations department. He joined the district eight years ago after 20 years with a large franchise building service contractor.

Using the fresh eyes of an outsider, Carnahan was able to suss out problem areas others overlooked or misunderstood. Now he spends much of his time coming up with creative ways to educate and engage the district’s 365 custodians. 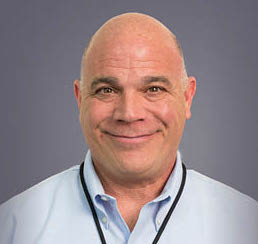 “I’m always striving to come up with the one perfect training class that everyone loves, regardless of how long they’ve been here, their position, or their personality,” Carnahan says. “That’s what keeps me going.”

One of the most dramatic changes Carnahan suggested was overhauling the type of professional development offered to custodians, as well as how it’s delivered. He noticed skills-based training, once the norm at FCPS, was falling short, and Wilkinson agreed.

“We weren’t good at defining our training needs,” Wilkinson says. “We were posed training opportunities and used them. We were applying solutions without first identifying the needs. Now we’re reversing that process.”

In the past, FCPS offered the custodial staff whatever canned training program its distributor or other vendors offered. More often than not, these were related to specific cleaning skills, such as floor restoration. In a district with a high percentage of career custodians, however, skills gaps were rare and the trainings fell on deaf ears.

“We have people who have worked here for 40 years. If all we do is coach them on how to empty trash, that won’t engage them or make them feel valued,” Carnahan says. “We want them to see themselves not just as custodians, but as an active part of the school team.”

After surveying the staff, Carnahan discovered employees were actually most interested in developing their interpersonal skills, specifically communication. It was something management “always assumed would take care of itself, but it wasn’t,” Wilkinson says.

The problem stemmed from turnover — not with custodians but among school leadership. Each summer, principals and assistant principals transferred around the district as they rose in the ranks. That meant every couple of years, custodians were reporting to new bosses with different personalities and management styles.

“We had good custodians who were top performers but were suddenly struggling because they had a new supervisor and didn’t know how to talk to them,” says Carnahan. “For example, we have principals who are Millennials and want to communicate via text or email. They may be working with custodians who’ve been here their entire careers and for whom technology is not their forte.”

Without coaching around these issues, the custodians often felt isolated. They also felt powerless to affect change in the dynamics of the relationship. And it wasn’t just custodians who felt uneasy. Very often the school leaders were also uncertain about how to communicate with the cleaning staff.

“I’m not surprised when you have someone who goes from teacher to assistant principal and then doesn’t know how to communicate with the custodians,” Wilkinson says. “We spend a considerable amount of time working with them on the communication piece, as well.”

next page of this article:
Closing The Loop On Training Challenges