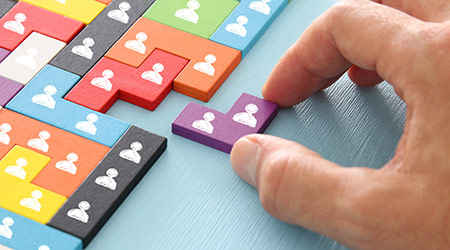 In-house facility cleaning managers, building service contractors and jan/san distributors all face the same pressing concern: how best to recruit, hire and retain the top talent they need to service current and future demand. Although their businesses are all a bit different, they can all relate when it comes to recruitment and hiring challenges.

The fact is, generational workers are turning over. In some cases, Baby Boomers are staying in the workforce longer. In other cases, these Boomers are retiring, leaving openings for front-line cleaners, salespeople and managers.

According to recent data obtained from the U.S. Bureau of Labor Statistics, stronger-than-average job growth is expected in this sector of the employment market through 2026. Filling these vacancies has been challenging for a variety of reasons.

First, due to stigma, the cleaning industry isn't desirable for Millennials. A study conducted by Pew Research found that cleaning is among the lowest rated jobs and tasks by significant margins when compared to almost any other occupation or skill set. Add to that the fact that these younger workers have the opportunity to become YouTube stars or start their own business through Etsy. The reality is that there are fewer of these younger workers looking for what's considered more traditional work.

The job market is also extremely tight as unemployment is at a new low. People who may have traditionally filled part- or full-time positions in this industry have the new "gig economy" to consider. That offers a variety of jobs with flexibility, social interaction and other benefits not available in the jan/san world.

Another phenomenon contributing to the difficulty in hiring top cleaning talent is the aging American workforce. By 2030, the U.S. Census Bureau projects that one-in-five residents will be over the age of 65, meaning — until that time — the number of older workers will be on the rise. We also know that these workers are not only making more money on average than ever before, but are outpacing the average earnings growth of other age groups. This puts stress on departmental budgets.

The political environment has also added to the hiring challenges within custodial departments. Diversity is common in most departments, but recent immigration struggles are shrinking the pool of potential prospects.

There has been a significant decrease in the immigration of potential sources of labor from Mexico, the Caribbean and other locations. In a recent New York Times article discussing migration trends from Mexico, author Eduardo Porter stated the demographics of that country has significantly shrunk the population of Mexicans interested in crossing the border.

"I don't see Mexicans coming back in any great number," says Pia M. Orrenius, an economist at the Federal Reserve Bank of Dallas who has studied patterns of immigration. "The cohorts of working-age men are much diminished, so you don't have the push."

The great migration boom from Mexico from the 1980s through the first half of the last decade was the consequence of "a perfect storm," says Gordon Hanson, an economics professor at the University of California San Diego.

Even as the United States experienced solid growth through what came to be known as the Great Moderation, Mexico suffered three currency crises in 13 years. And while growth in the American-born labor supply slowed after the last of the Baby Boomers entered the workforce, Mexico's working-age population was still expanding fast.

Even if traditional sources of cleaning labor were available from North, Central, and South America, the Caribbean, the Middle East and Africa, recent changes to the immigration policies of the United States make those potential workers less likely to legally immigrate, or to be granted temporary status with the ability to work than ever before.

These factors contribute to increased labor costs for all sectors within the industry and make it particularly difficult to find the younger, fitter applicants needed to fill entry-level cleaning positions. While older, more seasoned workers are staying in the workforce longer, their higher levels of pay requirements — combined with negative attitudes towards workers over 50 — paint a picture of a hiring landscape which is increasingly bleak.

next page of this article:
Benefits Of Changing Hiring Strategies