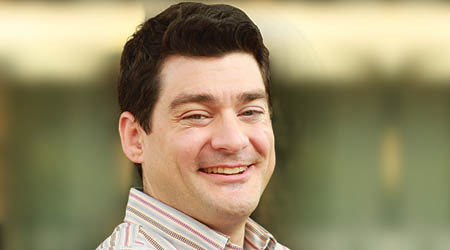 The start of a new year always brings some retrospection. For example, a recent conversation with a colleague had us both reflecting back on sustainability innovations and marketplace developments that were either heralded or tough sells at the time, but five or 10 years later may have reversed positions.

Resistance to new ideas is not exclusive to sustainability and green products. One of my favorite Gershwin tunes, They All Laughed, illustrates this point (in a love song, no less) by running down a list of now-famous people whose big ideas were found laughable at the time (i.e., Columbus, Edison, the Wright brothers, Marconi, Rockefeller, Whitney, Fulton, Hershey and Ford).

As I was thinking about this column, They All Laughed and Arthur Clarke’s observation, “Any sufficiently advanced technology is indistinguishable from magic,” both seemed to capture aspects of the resistance to new ideas phenomenon. We may resist accepting a new innovation because it’s different from what we know, it’s not the way we’ve always done things, we may not fully understand how it works, or it just sounds too good to be true. While consumers seem very willing to run out and try the latest beauty, food or fashion development, green products do still encounter a fair bit of resistance.

In the early days of green products, manufacturers would routinely claim wide-ranging environmental benefits and tout that they worked as well as conventional products. Unfortunately, those claims often turned out to be “Real Fake News” for many green products, and those initial overstatements and lack of adequate performance created perceptions that took decades to overcome. But even our perception of actual innovations changes over time.

Perfluorinated chemicals (PFCs) were once celebrated for their ability to keep food from sticking to cookware and repel stains, grease and water on clothing, carpet and food packaging. Despite their reduction in cleaning effort, PFCs are now more widely known for their persistence and serious human health concerns.

Who could initially believe that microfiber cleaning tools could clean with just water or significantly less cleaning chemical? Today the cleaning benefits of microfiber are well-known, but the environmental effects of microplastics from laundering microfiber are only beginning to be discussed (let alone addressed).

Manufacturers once had great success touting the “secret sauce” in their cleaners and proprietary ingredients had trade names that were mildly (or wildly) exotic for marketability. Now the push for transparency and full ingredient disclosure has purchasers and end users less interested in the fact that a product is named SuperClean 2000X, and more interested in the INCI (International Nomenclature of Cosmetic Ingredients) name and CAS (Chemical Abstracts Service) number for a surfactant.

As you think back over the new sustainability ideas you tried out in 2018, keep those successes and failures in mind, along with the historical body of knowledge on green innovations that flip-flopped over time. If we all get better at finding the good sustainability ideas sooner, people and planet will benefit sooner. And I can stick with Gershwin in the shower.

MARK PETRUZZI is Green Seal’s former Senior Vice President of Outreach and Strategic Relations. He’s in his third decade of striving for more sustainable purchasing and operations by using his engineering powers for good. He can be reached at friendlygreenguy@gmail.com.