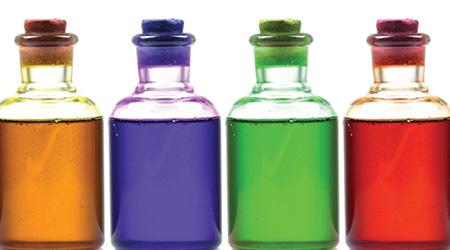 The importance of training staff to understand the variations between cleaning, disinfecting and sanitizing

As a facility cleaning manager, are you confident that your staff can walk into a janitorial closet to grab chemicals off the crowded shelves and actually know the differences between cleaners, sanitizers and disinfectants? If you hesitate in answering, you’re not alone.

Although these products are commonly used in cleaning departments, there are many misunderstandings about the chemical categories.

“I’m not sure all custodial staffs truly understand the difference,” says Nancy Bock, senior vice president of meetings and education for the American Cleaning Institute (ACI). “The terms clean, sanitize and disinfect are often inaccurately used, which is why training is essential.”

Chemical confusion starts at the top, experts agree, with managers who either aren’t clear about the differences themselves, or who don’t clearly communicate proper usages to frontline workers.

“The tone is always set at the top,” says industry consultant Graeme Marsh. “If management sees cleaning as an extension of the corporate climate for health, they’ll often know about chemistry. In a facility where cleaning is seen as an expense, then they might not care.”

Regular cleaning agents (liquids, powders, sprays, or granules) simply remove dirt, dust, debris and odors from surfaces. Although this is an important first step in improving the health of an environment, it is not enough to stop the spread of disease. Cleaners are often used to improve appearances. They are not effective at killing bacteria or viruses.

“No matter how thorough, cleaning by itself is not enough to ensure that you won’t have any undesirable rogue microorganisms at the surface level,” says Darrel Hicks, an infection prevention consultant in St. Louis and author of “Infection Prevention for Dummies.”

A sanitizer reduces (but doesn’t necessarily kill) bacteria, viruses and fungi on a surface to a level considered safe by public health codes. To qualify as a sanitizer, a chemical must reduce microorganisms by 99.9 percent within 30 seconds.

A disinfectant, on the other hand, kills nearly 100 percent of the disease-causing bacteria, viruses and fungi listed on its label. To meet U.S. Environmental Protection Agency guidelines, a disinfectant must reduce the levels of these pathogens by 99.999 percent in 5 to 10 minutes.

The differences might seem small — just a few hundredths of a percent — but the results can be quite substantial.

“On any given day, there are 102,465 commercial flights in the world,” says Hicks, drawing analogy to showcase the difference between sanitizers and disinfectants. “If 99.9 percent of those flights arrived safely to their destination, then that means 1,025 airplanes would crash every day. At 99.999 percent, only 10 would crash every day.”

next page of this article:
Choosing The Right Chemical For The Job