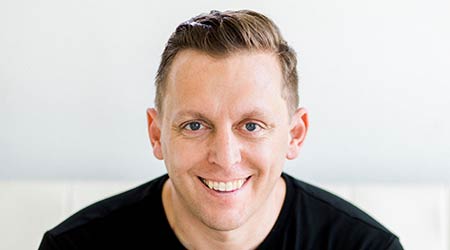 I'm always fascinated by the concept of a new year. It offers us a great opportunity to reflect upon the past and renew vigor for the months ahead.

To say the past year has been kind of weird would be the understatement of the decade. We entered 2021 with a little bit of hope that a deadly virus was beginning to wane around the globe; an effective vaccine was on its way — and maybe, just maybe, we'd be returning to some sense of normalcy. We can always dream, right?

After spending most of 2020 and early 2021 essentially grounded, I was eager to finally get back into the field last fall and winter. What I learned was that without question, the central issue impacting cleaning operations isn't whether or not workers are cleaning; it's whether or not there are enough people to do the work.

This isn't a new problem — vacancies were an issue long before 2020. So much so that many consultants in the industry offer services to help customize contingency planning for short-term staffing issues. However, pandemics, especially of the global variety, are not short-term. It would be prudent to remember that in 2007 the federal government issued guidance that in the instance of an emerging pandemic, organizations need to be prepared to deal with a 30-60 percent reduction of the overall staff.

Many managers have told me over the past three months that those numbers aren't too far off. But that's not the issue that I want to address. Aside from taking care of each other and holding on for dear life, it increasingly seems like the only way out is through.

Last fall, I had a profound experience as I began to travel around the country after a long hiatus. Much of the consulting work that I do, historically speaking, is typically done in-person and on-site. Having relegated that duty to video conferencing and webinars for the bulk of the past two years, my perception of reality had become entirely artificial.

One night while meeting with a crew of custodians in an otherwise vacant office building, I noticed that the calendars in every cubicle, office and desk were still showing that it was March of 2020. I pointed it out to one of the cleaning workers, a relatively new hire whose employment began shortly before the first lockdown happened. She chuckled and told me that the custodians were the only people who had been in the building since the first shelter-in-place order came down.

"That's why they call us custodians," she said. That struck me like a bolt of lightning.

The vacancy issue is complicated and frustrating for management and demoralizing for crews. Many have had to cut frequencies down to the barebones — and only have a chance to clean the things that will generate the most complaints, while some can only address complaints.

Many hotels across the country have only been able to sell rooms based upon the availability of housekeepers on staff. In some situations, that means 50 percent occupancy. Hospitals, schools, public and private facilities all rely on us to stay open.

I don't bring this up to sweep the issue under the rug. Instead, I think it's time for a massive expression of gratitude beyond the usual platitudes.

In the face of a pandemic, no matter how frustrating or frightening, you still made the effort. When the buildings were empty for the better part of two years, you showed up. You still came when occupants returned to the building and the workload increased because of a lack of staffing. When complaints flooded in due to the diminished workforce, you still came. When people asked if you knew what you were doing — and if it would keep them safe — you still came.

Now, as we enter the third year of uncertainty, I see you, and I'm very grateful that you're here.