Cleaning: Business & Industry
How The Janitor Came To Be

A Tribute To Janus, The Keeper Of Keys 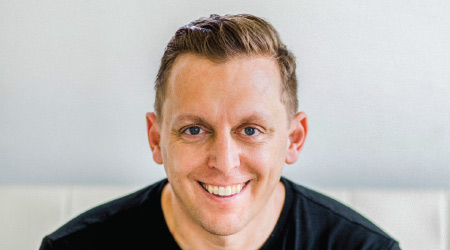 Every September, facilities across the country celebrate International Housekeepers Week. Since its inception in 1981, the week’s goal is to elevate the professional custodial staff and to recognize them for their contributions to keeping the facility clean and healthy. Similarly, a few years back, National Custodial Worker’s Recognition Day was established in October to ensure that building occupants take the time to thank their cleaning staff.

Events like these spawned a number of terrific campaigns on social media and they are certainly a step toward advancing the profession as a whole. But in order to move forward, you have to know where you’ve been.

Recently, I found myself discussing the origin of the word janitor. While working with a large organization, I sat at a boardroom table with C-level executives, explaining the delicate intricacies of changing a cleaning operation. As I went through my slides with pretty photos of revamped custodial operations, the vice president stopped me and asked, “Why do you keep using that word?” Showing my confusion, I asked, “What word?” “Janitor,” she replied, “It has derogatory connotations.”

While that may be true, respectfully, I disagreed. I felt compelled to share with her one of my first learning experiences in the professional cleaning industry, which came from Marvin Klein, president of PortionPac Chemical Company. That lesson was the importance of understanding the root of the word janitor. (Before I go any further, I give you full disclosure that I am and have been a brand ambassador of PortionPac’s for most of my professional career and this is in no way an attempt on my part to shill. Rather, I believe strongly in giving credit where credit is due, and this is an important piece of our professional lexicon.)

I had learned that the word janitor comes from the Ancient Roman deity, Janus. Janus was the Roman god of beginnings, endings and doorways (in and out), to name a few. One of his main duties was to guard what happened inside the kingdom, as well as look ahead and protect it from what was coming in. He was the metaphorical keeper of the keys to the kingdom. Most images of Janus throughout history depict him with two heads: one looking ahead, one looking behind and usually carrying, or associated with a set of keys. (Side note: The word January is also derived from Janus as it is the month between the old and new year.)

I explained to this executive that our ancient ancestors not only saw janitors as an important function of society, but also that there was a sense of divinity in the keeper of keys; the watcher of doorways; the guardian of the house in terms of who and what are allowed to enter.

Throughout history, this concept has served an important function in society. In fact, the nature of Janus as a function in homes became a function of royalty. We call it housekeeping today, but it used to be assigned to the Chamberlain, or the layer of chambers.

With that last point made, I wrapped up my diatribe of great janitorial facts and trivia. Later that night, I was sated when that same executive told the entire custodial team how she had recently learned about Janus, the ancient Roman god from where the namesake of our profession originated.

I’m not suggesting that we go back to worshipping ancient deities, or relive the history of ancient Rome, but I think it is important to understand the roots of the word janitor — especially in light of recent industry events. Many departments have already held the pizza parties, ice cream socials and recognition events. In the future, it might make the celebration that much more meaningful by sharing the root of the word janitor and the story of Janus. However, don’t over-egg the custard with a “cleanliness is next to godliness” punchline.

Ben Walker is COO at ManageMen, Inc., a leading cleaning industry consultancy specializing in training, transitions, auditing and educational materials. In addition to his consulting work, Walker is the author of ISSA's best-selling book: 612 Cleaning Times and Tasks.