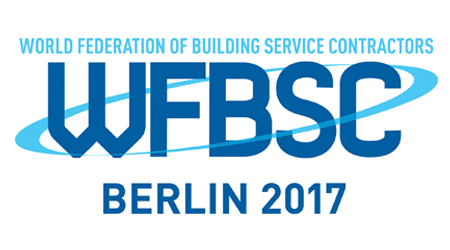 Just 17 months after The World Federation of Buildings Service Contractors (WFBSC) Congress was last held — in Tokyo in April 2016 — the show will now run again, this time from Sept. 18-20 in Berlin.

Though the show is typically held on a bi-annual basis, this year’s Congress was moved up to coincide with the popular international cleaning trade fair known as CMS Berlin, or Cleaning. Management. Services., held at the Berlin ExpoCenter City. This is the first time the WFBSC Congress will be held in Germany in its 22-year history.

“The Berlin CMS is the major BSC event in Europe,” says Nathalie Doobin, president and CEO of Harvard Services Group, Fort Lauderdale, Florida. “I have attended the last two and have found the trade show and educational sessions impressive and very worthwhile.”

With a theme of “Cleaning in a Digital World — Processes, People, Technology,” the Congress’s co-location with CMS Berlin is expected to boost the profile of both shows, as CMS 2015 boasted 377 exhibitors from 22 countries. American building service contractors also expect the WFBSC Congress’s profile to be raised following its successful 2014 show in New York, which attracted thousands of BSCs, including more than 500 first-time attendees.

“It helped expose U.S. companies to global companies, and provided a diverse community in which to exchange ideas,” says Yasser Youssef, president of The Budd Group, Winston-Salem, North Carolina. “Because it was such an excellent event, it elevated the expectations of events we should hold in the future. The New York Congress was one of the very best events I’ve personally attended.”

“For those who have never attended, it provides a much broader look at the state or our industry, and it is fascinating to see the similarities and differences, challenges and opportunities of our colleagues from around the globe,” she says.