Cleaning: CP
Women In The Industry
BY Kassandra Kania 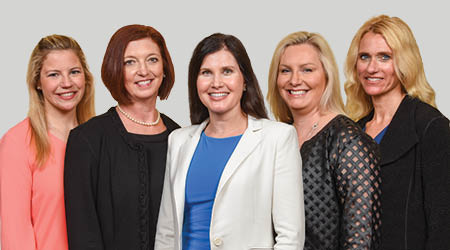 This is part one of a three-part article about women in the building service contracting industry.

Contract cleaning is still very much a male-dominated industry. But many of today’s female entrepreneurs have reached a level of success on par with their male counterparts.

These successful business professionals often defy gender stereotypes while at the same time embracing the unique traits that women bring to the boardroom. And though owning and operating a contract cleaning business is not without its gender-specific challenges, female building service contractors say being a woman in the industry is by no means a disadvantage.

In fact, Mary Miller, CEO and owner of JANCOA Janitorial Services, Inc., Cincinnati, is seeing more women in management positions — and more men open to hiring and promoting them.

“Tradition used to be if a man started a business, his son would come into it,” she says. “Now, there are a lot more spouses and daughters getting into the business. It seems women have gone beyond the point of feeling that they have to prove themselves.”

Although their progress in the workplace is encouraging, women still face challenges their male colleagues are less likely to encounter.

1. A lack of female mentors to elevate women’s roles: According to Vaden, this is the overriding challenge for women in the workplace.

“Most women seek out women mentors; however, most C-level or middle management positions are still male,” she says. “So these women are seeking mentorships with other women that cannot help to elevate their role, because they’re not in a decision-making capacity.”

Whether women are looking to advance their careers or learn from other business executives, female BSCs should network both in the industry — such as at Building Service Contractors Association International events — and out of the industry, as well as with both men and women, says Nathalie Doobin, president and CEO of Harvard Services Group, Fort Lauderdale, Florida.

“In this industry, people are genuinely interested in sharing their knowledge and feel good when someone reaches out to them,” says Laurie Sewell, president and CEO of Servicon Systems, Inc., Culver City, California. “I’ve sought out mentorships and relationships with icons in the industry, and it has served me well. No matter what your role is — even when you’ve made it to the CEO position — there’s still a lot more to learn.”

Women tend to gravitate toward other women, but Vaden urges them to step outside their comfort zone and seek out male mentors.

“I think a lot of times women create the gender line, not men,” she says. “And it’s women who need to learn to remove the gender line. Don’t just collaborate with other women. Think about who the top CEOs are in your area that you want to learn from, and seek them out.”

next page of this article:
Finding Women Mentors Proves Difficult For Aspiring BSCs