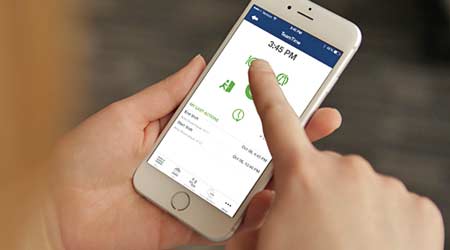 Tom Wilkinson’s Connecticut-based janitorial service company was haunted for nearly a decade, and he didn’t even realize it. His company, Advantage Maintenance, Inc., employs about 500 people, but a handful of the people the company paid over 10 years never actually worked for the company. These so-called “ghost employees” cost the company nearly $1 million in fraudulent labor wages.

Wilkinson discovered an elaborate scheme involving several managerial-level employees and over a dozen suspected ghosts. A combination of paper timesheets and gaps in the hiring, payroll and management process put the dishonest employees in a position to steal from the company unnoticed for an extended period.

The first mistake, says Wilkinson, was allowing the payroll department to process applications without ever seeing or talking to the new employee. The area manager would meet with a new hire in the field and collect the application and appropriate identification.

If the ID was judged to be authentic, per I-9 requirements, the employee was hired. They used paper timesheets to track employee time and paid employees based on that information via paper check, direct deposit or pay cards for those without bank accounts. Area managers then distributed those paychecks or pay cards to employees they directly supervised. Managerial staff monitored labor costs and other expenses through a report. With some small exceptions, actuals always equaled the budget so no red flags were raised. But, no one ever went to the job sites to verify the number of employees onsite.

That is, until company leadership grew suspicious of one area manager’s handling of a job site. Wilkinson personally went to the five-story building at the job site to gauge the labor hours. His estimates came in well under the hours paid out at that site in two out of the past three years, indicating some type of fraud. Further investigation uncovered other discrepancies.

“Once we terminated the area manager, we decided not to pay anyone we thought might be a ghost,” says Wilkinson. “Our idea was simple: See who shows up at the office complaining they didn’t get paid.”

No one showed up, according to Wilkinson, confirming the existence of ghosts.

“One job site was bid and budgeted for nine cleaners,” says Wilkinson. “Our investigation indicated that the area manager had only seven employees, plus two ghosts.”

Wilkinson estimated those two ghost employees at that one job site cost the company almost $250,000 alone. He estimates the total loss over the 10-year period at about $1 million.

“This all could have been prevented by using TeamTime,” says Wilkinson.

TeamTime is an automated time and attendance solution that is integrated with WinTeam, the core financial, operations and workforce management software from TEAM Software. In addition to eliminating the need for paper time sheets and manual data entry processes, TeamTime reduces errors and makes timekeeping information immediately ready for payroll, invoicing and reporting.

These “ghostbusters in the field,” as Wilkinson calls them, allow Advantage Maintenance to tailor the time and attendance process to site needs.