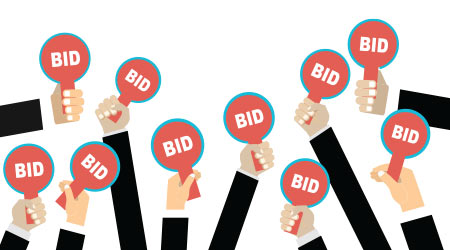 Pam Washington’s Las Vegas-based janitorial company failed to win a contract 15 years ago because she came in nowhere near the lowest bid. A year later, however, her firm was granted the work because the building service contractor that was originally hired did not work out.

Washington, who has owned and operated A1 Janitorial Services for 26 years, says that experience typifies two of her key tips for building service contractors to create and win bids: be proactive and build a relationship while submitting bids for work.

“We got that job and we still have that account,” says Washington. “The client wrote me a letter of recommendation saying that they learned a valuable lesson and now they are tickled with us.”

For Washington, developing successful bids begins with creating a repeatable process based on a diagnostic approach to be used for talking to prospects well before a bid is submitted. She suggests BSCs start by qualifying clients with questions such as how they found them, what their motivation is, and what are the problems they are trying to solve?

BSCs should also find out when the prospect last went out to bid for cleaning services, how they make bidding decisions and their price sensitivity, she says.

“You need to identify the problem they are trying to solve and get the details,” says Washington. “Instead of taking a wild stab and trying to come up with a number, you can find out how much the potential client is paying and are they willing to pay more? If not, why not?”

Knowing the answers to these questions well before a bid is placed allows BSCs to determine whether the business would be a good fit for them in terms of its time and resource capacity, location, and the amount of revenue and profit the contract will generate. In a way, Washington says, a BSC should know what an “ideal client” looks like and seek that type of business rather than attempting to pigeonhole itself into bidding every potential job that comes its way. Only after qualifying is complete should a BSC make a site visit.

When writing a proposal, contractors should create a link between the bid price and the problem they will solve for the client. A good way of going about that in the bid proposal is for the BSC to refer to exact problems the prospect told them about, using its own words and descriptions.

“I try to find out their primary, secondary and tertiary concerns, and I make sure to address those in the cover letter, in the body of the proposal, and then again in my summary and conclusion,” says Washington.

She also suggests determining the company’s decision maker, the timeline for the decision and when the BSC with the winning bid should expect to start work. She also highly recommends BSCs to push hard for a commitment from the prospect that they will respond to inquiries about their bid and, if possible, make it a requirement when submitting the proposal.

next page of this article:
Software Simplifies Bidding Process