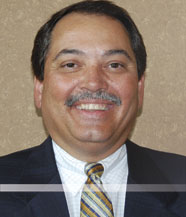 That statement seems to be the unofficial motto of the company as the phrase is reiterated by not only Mingo, but several of the presidents of the companies Marsden Holding has acquired.

Comprised of nine companies operating in 15 states, it’s easy to see what Mingo means about national strength. However, to understand the other part — being a hometown or local team — one simply has to look at a few of Marsden Holding’s larger acquisitions: SCIOTO, Paradise Building Services, Caretakers Building Maintenance. None are known as Marsden Holding.

With each large acquisition, Marsden Holding has decided to forego the national model of buying a company and incorporating it into another faceless branch. Instead, each company that Marsden Holding acquires retains its original name, character and existing staff.

“Customers know who the local guy is,” says Mingo. “Marsden does have name recognition around the country, but the large companies we acquire have stronger names locally.”

It’s a strategy that has brought Marsden Holding significant short-term success. However, Mingo says it’s too early to tell if the move will continue to pay off in the long run.

“We are in uncharted waters,” he adds. “Time will tell if we’re successful. But every time we talk with customers about our unique business model they get as excited as we are about it.”

A history of growth
The acquisition model isn’t all that strange for a company like Marsden Holding that has experienced a history of success through unique growth. The company began as Marsden Building Maintenance (MBM), founded in 1952 by Adrian “Skip” Marsden out of the back of his car. MBM cleans all account sizes from small, one-tenant office buildings to corporate high-rises, and has built its success on flexibility and exceeding customer expectations. For example, as more customers wanted to consolidate their vendor list, Marsden started adding new services in addition to cleaning. To keep up with demand for security services, MBM acquired American Security, a Minneapolis-based security firm in 1976. In 1982, Marsden was asked to provide armored car services. Within five years, it became the largest armored car division in the Midwest.

The success of Marsden Holding did not go unnoticed. A few years ago, Encore LLC, an investment vehicle of the Rauenhorst Family Trust, was in the market to buy companies with “strong management and a history of growth,” says Mingo. Marsden Holding caught its eye and in 2002, Encore bought the company. During the purchase, Skip Marsden encouraged them to make Mingo the CEO. It was an opportunity he was ready for.

“I always wanted to run a company, I just didn’t know how I would get there,” Mingo says. “I knew I wanted to be in a business where I would be working with people.”

Mingo began his career with MBM when he was only 17. His girlfriend (who is now his wife) was a janitor there along with her sister and said it was a “decent” place to work. At the time, Mingo was working at a corner convenience store. Knowing the store wouldn’t be around

forever, Mingo decided to take a part-time job at Marsden. It was supposed to be only temporary.

However, that would soon change. With his supervisory experience from his years at the corner store, he was quickly promoted to district manager. By age 19 Mingo was responsible for $4.5 million of business.

“Skip never asked how old I was,” says Mingo.

Mingo’s rise to the top continued, eventually being promoted to vice president and later president. When Mingo took over as CEO, he was ambitious and wanted to include acquisitions as part of the Marsden Holding growth strategy.

“I wanted to look outside the company I grew up in for 28 years,” he says. “For long-term survival, I knew the major growth would have to come from outside the Twin Cities market.”

Aside from American Security, Marsden Holding had one other acquisition under its belt — CleanPower, a Milwaukee-based cleaning company purchased by Marsden in 2000. It was this purchase that laid the groundwork for Marsden’s unique acquisition model.

A key acquisition
Before CleanPower was acquired, it was a successful, $12 million cleaning company with accounts in Eastern and Southeastern Wisconsin. The company exhibited similar ethical and cultural values to MBM and ran efficient day-to-day operations, which attracted Skip Marsden.

While buying a successful company is desirable, it’s also problematic.

“How can you integrate two strong, opinionated companies?” asks Mingo. “Integration is the most difficult part of an acquisition. So, I approached Skip and said ‘Let’s see how they handle it on their own.’”

Skip Marsden agreed. Mingo spent the next year and a half nurturing the executive team at CleanPower, teaching them how to market to small accounts and plan for growth. All the while Mingo made it clear that CleanPower was to run its own operation. They were given a short but challenging list of expectations, including double-digit growth each year.

CleanPower met Mingo’s challenges head on, adding accounts in new markets and eventually growing to be a $24 million company. The unique acquisition model proved to be a success.

“I have been with a national company where after an acquisition they come in and change everything from the letterhead to the handbook,” says Packee. “The Marsden model allows you to bring the best out of people. You’re doing what you’ve always done with the same mission and values in place. You’re just part of a bigger family and that family is there when you need them.”

Going national
Encore has supplied Marsden Holding with a significant amount of equity to be able to grow the company through further acquisitions and geographic expansion.

“I wanted to buy four to six companies of medium size with the plan of them operating independently,” says Mingo. He did that and more.

Over the next 18 months, Marsden Holding bought 10 companies, eight of which retained their original name.

“These companies we’re buying have a rich history and great management. We work hard not to change that,” says Mingo. “The biggest fear of customers is change — they wonder: ‘What will be different after the company who cleans my building is sold?’”

Mingo does his best to ensure nothing is different after the acquisition and keeps change to a minimum.

“Our relationships with our customers stay the same,” says Lyle Graddon, president of National Maintenance Contractors in Seattle, one of Marsden Holding’s recent acquisitions. “We have complete freedom to operate as before.”

Like with CleanPower, owners are given goals to accomplish, but for the most part, nothing drastic changes for these companies, including their name.

“Many of our acquired companies are in the top five businesses in their size in their market,” says Mingo. “Why change their name?”

Even though Marsden Holding has the local spirit, Mingo knows the cleaning industry is changing. Corporate portfolios are growing and more accounts are being packaged on a regional or national scale.

“The customer landscape is changing and not all of the decisions are made on a local level. In order to survive the next 50 years, we needed to grow nationally,” he says.

As a national company Marsden Holding is able to bid on national accounts and spread them out to the individual operating companies. What Mingo is trying to avoid, however, is the reputation of being indistinguishable from the rest of the “nationals.”

“Skip’s approach to business is delivering a promise to the customer. Marsden meets and exceeds expectations. I don’t see that in any national companies.”

Five years ago, MBM had a branch office in Des Moines, Iowa. A national contractor came to town and acquired MBM’s largest competitor. Over the next three years, the national company lost half of the market because their focus was only on cleaning high-rise buildings. According to Mingo, they didn’t have the experience or expertise cleaning small and mid-size facilities. MBM picked up 60 percent of the lost business.

Mingo is trying to create a new national reputation — one that has local values and a local face, but with national capabilities. Or, as Mingo and his colleagues put it: A hometown team with national strength.

That strength includes Web-based order processing that allows customers to see when work is scheduled and when it has been completed, the buying power of a larger company to receive discounted rates on products and supplies, and a national platform for accounting and payroll.

To help ensure his acquisitions keep their “hometown” feel, Mingo limits Marsden Holding’s growth into areas where there’s a better chance at success. Mingo shies away from expanding into larger, first-tier markets such as New York or Chicago.

“In the smaller communities relationships matter more,” he says. “Relationships are what make accounts successful. That’s as valuable as the service itself.”

Looking ahead
The future for Mingo and Marsden Holding is all about change. Six months ago Marsden Holding decided to get out of the armored car business and sold its division.

Mingo has other ideas for growing the company. His goal is to add $15 million to $20 million of business a year in acquisitions and add another $20 million through organic growth. This next part of Marsden Holding’s growth strategy is to incorporate small companies under the platform companies which create synergies that will allow the company to remain competitive and provide value-added service to the clients. Not all acquisitions can be platform companies.

“We’re acquiring companies looking for an exit strategy — often family businesses that would rather sell to a company like Marsden Holding that is concerned about what will happen to their employees and customers.”

Mingo is working to make Marsden Holding more visible on a national level. Through the continued success and growth of its local operating companies Marsden Holding, as a brand, will be a little more prominent — once again, giving national strength to the hometown team.