From Janitors To Scientists? 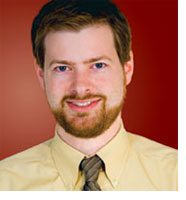 To be blunt, I’m a little surprised at all the interest in science’s role in cleaning. Building service contractors already have a lot on their plate: high turnover rates, customers who believe cleaning is only a commodity, competitors who low-ball bids with illegal subcontractors, the list goes on. Who really has time to study the science of cleaning?

Like the green movement before it, science will have to prove to be a profitable way to do business. As it turns out, BSCs are using a lot of scientific formulas already: workloading buildings, comparing product cleaning times, practicing proper disinfecting dwell times.

“The more we can begin to identify quantifiable data, measurements, in its very fundamental form, that’s a kind of science,” Allen Rathey says in our cover story.

But is this enough for BSCs to buy in? Green didn’t really take off until the U.S. Green Building Council’s LEED program gave green cleaning a business purpose; customers want green buildings and green cleaning is a cost-effective way of earning certification. Legislation requiring green cleaning in schools and government facilities has also given the movement strong legs to stand on.

Science will need similar breakthroughs — and they might have already begun. Last year, the Integrated Cleaning and Measurement system was launched; also Cleaning Industry Research Institute (CIRI) along with ISSA began field-testing a science-based “Clean Standard” in K-12 Schools. We’ll be watching these developments to see their impact on the industry.