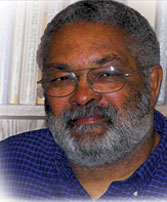 Business owners, especially in the contract cleaning industry, come from a variety of backgrounds. Many presidents and CEOs have taken over the reins of a company they’ve had ties to, whether as an employee or family member.

Others pursue ownership as entrepreneurs, sometimes as a second career later in life. For Lonnie J. Williams, owner of L&J Building Maintenance in Topeka, Kan., a passion for customer service and management helped him form an award-winning company built on his reputation. Williams — who was once known for his work with juvenile criminals, having spent 30 years in juvenile corrections — has now become known in the federal contracts sector of the cleaning industry in the Midwest for his work ethic and quality service.

L&J is a small business, employing about 50 people in Kansas, Missouri, Nebraska and North Carolina, and is an 8(a) certified company. The Small Business Administration’s (SBA), 8(a) certification programs are for small businesses that are at a social or economic disadvantage, which includes minority-owned, women-owned, disabled-owned and veteran-owned companies. Williams fulfills more than one of those requirements; the 61-year old is an African-American, service-disabled veteran who was drafted into the U.S. Army in 1967 and served in Vietnam before returning home to Topeka with an injury.

This past September, Williams was one of 10 business owners from each region of the country selected by the Small Business Administration (SBA) as Minority Small Businessperson of the Year. In 2006, the BSC was named Minority-Owned Business of the Year by the Kansas Department of Commerce.

“I’ve been pretty fortunate to meet the right people at the right time,” Williams says. “So I would say I’m a blessed young man.”

Many of the company’s federal contracts have been through the General Services Administration (GSA), which maintains federal buildings and courthouses. The GSA has been extremely pleased with the company’s performance, says Kathy DeVoe, assistant district director for business development in the Kansas City district of the SBA.

“He just understands the needs of the federal government,” says DeVoe. “He’s been awarded several contracts for large federal buildings in Omaha and across the country, through 8(a) and outside of 8(a), meaning he’s competed in a much larger arena for some of the projects that he has. He’s an outstanding performer.”

A number of Williams’ big breaks following his return from military duty have been due to being in the right place at the right time.

Williams entered the world of social services when he was offered a supervising job at the state juvenile corrections facility in Topeka. Over the course of the next three decades, he worked hard and moved up to second in command of the state system as director of youth services.

In 1987, a unique opportunity presented itself over pizza and beer with an old high school friend who had become an attorney. The friend was complaining that he’d fired his janitorial company and would have to start emptying trash himself.

“So I asked him, ‘How much are you paying?’ And he told me. And I said, ‘Well I’ll be over there to clean that building tomorrow,’” Williams says. “The next day I showed up with what I thought would be enough equipment to do that — I found out it wasn’t — but that’s how we got started, and I’m still doing that particular law office today.”

Williams continued to work days for the state, and slowly started gathering clients through word-of-mouth and attorney and accountant networks. He learned the business quickly, joining industry associations and attending workshops to learn about the industry. He says he never doubted his ability to succeed as a BSC.

“I think business itself is about management and if you can manage, you can do any business,” he says.

His management style stresses continual training as well as follow-up and inspections to ensure the job is being done correctly. Williams is somewhat strict but remains flexible to allow for the human error that is bound to take place.

While his business was still part-time, Williams also started consulting work for a number of BSCs — helping to clean up, so to speak, other cleaning companies.

In 2000, a BSC friend in Omaha contacted him, pleading for help because his business, which serviced federal courthouses, was in need of assistance.

“I figured it was about time for me to retire, so I retired,” Williams says. “I went out to Omaha to help him out. Stayed up there six months and supervised that account, straightened it out. Then I went to Wichita, Kan., and stayed there for six months, and supervised that contract also.”

He reworked their policies and procedures, firing up to 90 percent of that company’s workers and rehiring, pointing the BSC in a new direction. That experience was his initiation into the world of federal contracts.

That world was opened to him when he met the regional director for courthouses in Kansas, Nebraska, Iowa and Missouri at a football game.

“When I introduced myself, he made a comment like, ‘So you’re Lonnie Williams.’ And I was like, ‘What is that supposed to mean?’ And he was telling me that the people in Nebraska had a lot of respect for my managerial skills,” Williams says. “He gave me his business card and told me to come and see him, and about three months later I went to see him and he offered me a sole-service contract.”

After a year of being on the road, he came back to Topeka and set to work full-time on his business. Now, the company also provides building maintenance and construction, and trash hauling for customers that include government buildings, military bases, public utilities and insurance companies.

Though he has garnered many awards, Williams shies away from taking credit. The company is family-owned and run with the help of his wife, Jillae, whom he met while working for the state and married in 1986; his son, Daina, who is the general manager; and his daughter, Angela M. Frendle, who is the business manager.

Williams credits his family with much of his business success.

“If it wasn’t for them, I wouldn’t be anywhere.”

Working hard, and occasionally alongside his employees, is something that Williams does to set an example.

“I don’t ask anyone to do anything I haven’t done or can’t do. I think most people know that because they’ve seen me work. I’ve worked beside just about anybody in any building just to let them know that I still know the business inside and out,” he says.

Spending that time with employees is also a good way to get to know them, he says, and to let them get to know him. Williams enjoys sharing his business knowledge and wisdom with his employees. He wants those who work for him to trust him, to feel at ease with him, as if they can sit down and talk about anything.

“I know more about some of my employees’ day-to-day living than some of my friends — the reason being is because I spend time with them,” he says. “When they have hardships I try to be a part of that. When they have financial situations I try to make that a teaching mechanism.”

Employee Danny Sanders has worked at L&J for six years, and calls Williams a friend.

Williams shrugs off that kind of compliment but says he does try to impart knowledge about budgeting and finance to employees as part of his belief in training and educating them.

DeVoe has known Williams for years, and says though he’s very humble, he deserves credit for his success and his involvement in the business community of Topeka.

“He’s a really quick study,” DeVoe says. “He gets it, he knows what the customer wants, and he provides it. And he creates jobs and he has a terrific minority mix of Hispanic and Asian, African-American, non-minority, women and he even employs some individuals with disabilities. So his diversity is great. But it’s really his quality.”

Williams’ dedication to his business signifies his commitment to his family, employees and customers. Providing quality service is his focus, and judging by accolades, he succeeds.