Disinfectants have come a long way in recent years. Not only have the chemicals themselves changed — thanks to science that has increased effectiveness, reduced toxicity and enabled targeting of specific microorganisms — but the way they are applied has evolved to become more specialized based on the task, the janitor, the facility and its population.

Disinfectants come in a variety of forms, each with its distinct advantages and disadvantages. While the traditional liquid sprays are good for certain applications, building service contractors are also using aerosols and wipes to disinfect specific items and areas.

BSCs take a number of factors into consideration when deciding which types of disinfectants to use in different situations, including cleaning time, ease of use, type of facility or area being serviced, cost and waste.

Aerosols are often considered the most convenient form of disinfectant — but they can also be the most expensive way to dispense, says Jim Sheehy, head of purchasing for IH Services Inc. in Greenville, S.C. A typical 12- or 16-ounce can may contain only 10 percent disinfectant, Sheehy says, with the rest being propellant. Aerosols are useful is some doctor or dental offices where a quick spray is necessary. BSCs need to consider disposal too, Sheehy says, as some locations have banned aerosol cans.

Terry Zastrow, owner of ZBM Inc., in Watertown, Wis., agrees that aerosols are rather expensive, but says that fast-acting aerosols are an effective way to disinfect garbage cans. They allow her staff to spray and move on.

Wipes, touted to consumers and commercial cleaners alike for their convenience, are very easy to use. They are especially convenient in doctor’s offices, where a quick wipe is needed, BSCs say. But that disposable nature, Sheehy says, makes wipes a very expensive method as well. Plus, more customers are “going green,” and disposable products are losing acceptance. Because they often contain the same type of chemical found in a liquid disinfectant, BSCs may be better off using liquids and reusable cloth rags or microfiber cloths.

Using wipes also raises the possibility of cross-contamination, Zastrow says. For example, if a worker wipes off one light switch and moves on to the next, “they’re just cross-contaminating vs. disinfecting,” she says.

Sprays are the most commonly used disinfectant method — and also the most economical, Zastrow and Sheehy say. ZBM Inc. purchases disinfectant in 55-gallon drums, and sends pre-diluted quantities to their facilities. This ensures that the dilution ratios are correct, and in the process helps them control costs.

Some manufacturers offer a dispenser that can be mounted near a water source, providing a convenient method for filling a quart spray bottle with disinfectant, says Zastrow.

Pre-measuring the disinfectants for each project can be time-consuming, Zastrow says, making it difficult to calculate the budget for a particular project. Plus, those facilities that don’t have dispensing systems still require measuring on the spot. The BSC must ensure that measuring devices are available, and that the worker understands how to mix the chemical properly and takes the time to do so.

Finally, Zastrow says, some BSCs may not be able to store such large drums of chemical. Buying in smaller quantities will affect the price.

Proper use When using a spray, one of the biggest issues facing BSCs is making sure that workers are leaving the disinfectant on long enough to achieve the recommended dwell time, Sheehy says. In many cases, this could be 10 minutes or more.

They must purchase and use chemicals based upon the objectives for the project. It’s important to read the label to determine what that chemical will do.

“If the goal is to clean and disinfect,” Sheehy says, “and if [the chemical has] a 10-minute dwell time, they have to understand that they spray it on and leave it damp.”

He notes that end users sometimes misuse disinfectants as well. Sheehy has observed restaurant servers spraying a disinfectant on tables, then immediately wiping it off.

“Just spraying it on and wiping it off” isn’t enough, he says, if the goal is to disinfect.

The liquid disinfectant Zastrow’s staff uses in restrooms has a foamy consistency when applied, which aids in achieving the necessary dwell time. This also provides her staff time to complete other tasks, such as sweeping floors, wiping mirrors and emptying garbage cans.

Sheehy reminds BSCs that they must observe all the requirements about using disinfectants, including making the material safety data sheets (MSDS) available and reading the safety instructions to see if eyewear or other protection are needed.

Workers need to understand that while they may be cleaning the surface, they may not be disinfecting it.

“Unfortunately, people aren’t reading the labels on the products they’re using,” he says.

Education is critical, Sheehy says. For example, there seems to be some confusion in the marketplace about the difference between sanitizing and disinfecting. Sanitizing kills 99.9 percent of the germs, whereas disinfecting kills 100 percent. In some environments, 99.9 percent is sufficient.

“If it’s an operating room, that’s not good enough,” Sheehy says. “In a restaurant, it is.”

D.J. Rezac, president of KB Building Services, Inc., Omaha, Neb., says there is “a huge push” to go green in the workplace, in both the public and private sectors.

“They’re talking about trying to create healthier facilities for their coworkers,” he says.

While nearly every cleaning chemical or product a BSC uses can be replaced with a green certified alternative, current U.S. Environmental Protection Agency (EPA) policy prohibits companies from making claims that disinfectants and sanitizers are green. That may soon change, but as of now, no disinfectants can be certified as green because they are still considered pesticides, for which the federal government uses different safety and efficacy criteria.

That doesn’t mean that BSCs can’t think green when choosing a disinfectant; some are definitely less harsh than others, featuring a neutral pH or low volatile organic compound (VOC) formulas. Stay away from those that contain phosphates, added dye or fragrance, butyl cellusolve or nonylphenol ethoxylate. Look for products that are proven to be effective and are registered by the EPA, in order to ensure a disinfectant will do what it claims, such as kill MRSA. Also, avoid overuse of toxic chemicals by following directions.

Customers are more conscious of environmental issues, and BSCs need to adapt to this change in attitude by becoming educated, being proactive in the use of safer products and by listening to customers and paying attention to market trends.

“If you haven’t moved toward that, you’re way behind the mounting eight ball,” Rezac says.

THOMAS R. FUSZARD is a freelance writer based in New Berlin, Wis. 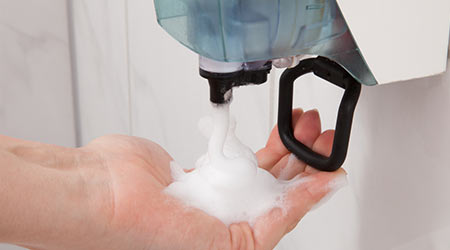 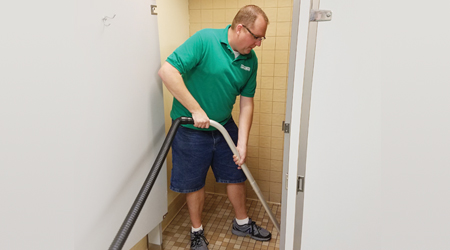 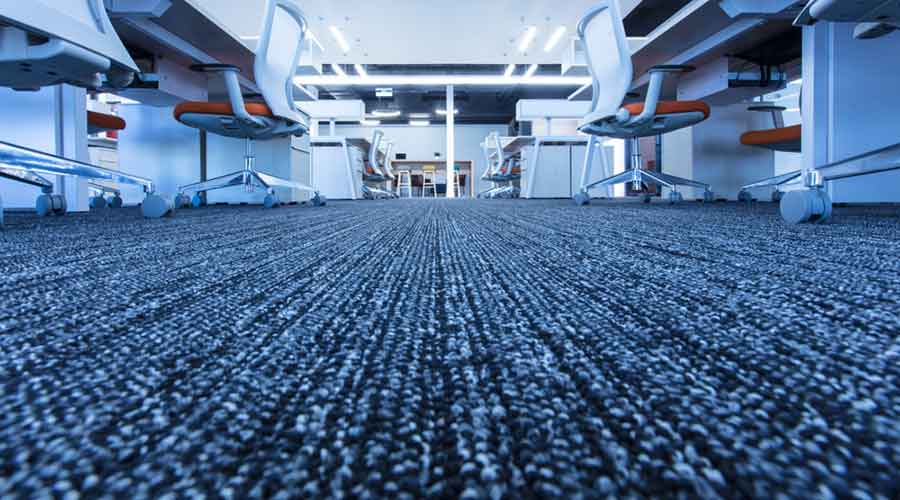 How to Add Encapsulation to Carpet Care Programs 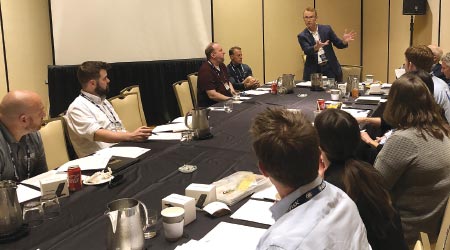