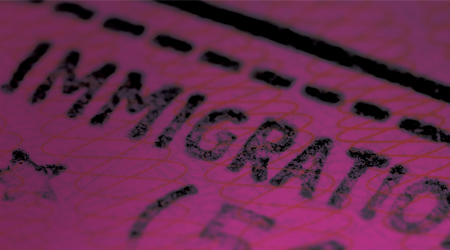 Building service contractors could soon have a major employment issue on their hands that would hurt bottom lines and add to their turnover burden.

The unknowns surrounding the future of Deferred Action for Childhood Arrivals (DACA), and looming termination for the temporary protected status of hundreds of thousands of people from El Salvador and Haiti, could make the thousands of workers who help these businesses function no longer eligible for employment.

Deployed by the Obama administration in 2012, DACA temporarily prevents the deportation of an unauthorized immigrant brought to the United States as a child, provided they were, among other things, under the age of 16 when they entered, were under the age of 31 as of June 15, 2012, and had not been convicted of a felony or serious misdemeanor, according to the U.S. Citizenship Immigration Services. The temporary status provided by DACA is currently renewable and lasts two years per accepted application. The recipients of this status, known as Dreamers, are not only permitted to reside in America, but can also apply for the authorization to legally work in the country.

The emotions of Dreamers and those who benefit from their employment have been taken for a ride since Sept. 5, 2017, when the Trump administration announced plans to phase out DACA. The administration applied a March 5, 2018, deadline for DACA to officially end, which was supposed to give congress the opportunity to come to a resolution. However, the temporary hold on the end to DACA was placed by a United States district court in San Francisco on Jan. 9. The judge’s order came on the same date he said DACA renewal applications must be accepted again, U.S. News & World Report reported. Later, another United States district court in New York also rejected the order to end DACA.

On Feb. 26 the Supreme Court rejected the Trump administration’s request that it hear an appeal of the U.S. district court’s decision without a lower court first reviewing the matter. Due to the typical appeals process, the case will likely be moved to the Ninth Circuit Court of Appeals, says the National Immigration Law Center. The DACA program is operating on the terms put in place prior to the September announcement, and will continue to, unless the U.S. Citizenship Immigration Services is instructed to do otherwise, according to its website.

As of last September, approximately 800,000 unauthorized immigrants have been granted protection from deportation and work permits through DACA at one point since its inception, according to the Pew Research Center. Of those unauthorized immigrants, 690,000 were still using DACA. Pew also found 89 percent were age 30 or younger at the time. A large portion (45 percent) of active participants were living in either California or Texas.

Although it hasn’t been as widely discussed as DACA of late, the impending termination of the temporary protected status from individuals from El Salvador and Haiti in 2019 will cause hundreds of thousands to return to those countries, leaving employment issues for building service contractors. A designation of TPS is set to expire for citizens of other countries, such as Nicaragua, Sudan and Liberia, though the number of people impacted by this expiration is much smaller, says Monty.

Secretary of Homeland Security Kirstjen Nielsen determined Jan. 8 that El Salvador has recovered from the earthquakes that terrorized the country in 2001 to the point the TPS designation should be terminated Sept. 9, 2019, according to the U.S. Citizenship and Immigration Services

Similarly, former Acting Secretary of Homeland Security Elaine Duke concluded Nov. 30, 2017, that Haiti has recovered enough from the Jan. 12, 2010, earthquake that its TPS designation be terminated in July 2019. The Department of Homeland Security estimates that more than 262,500 people hold TPS under El Salvador’s designation and 58,000 under Haiti’s designation, according to the U.S. Federal Register. These figures include aliens with no defined nationality that last regularly resided in one of those two nations.

next page of this article:
Turnover Would Hamper Commercial Cleaning Services