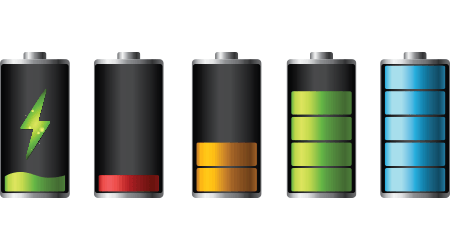 Hidden away and so commonplace to the point of being taken for granted, batteries are frequently neglected and forgotten — until they fail to perform as expected, or worse, actually turn hazardous.

As Bill McGarvey, director of training and sustainability for Imperial Dade, Jersey City, New Jersey, explains, proper ventilation when charging flooded batteries is essential since off-gassing fumes generated during the charging process can be flammable. This was vividly demonstrated when an autoscrubber being charged in a small, locked closet in a long-term care facility caught fire.

“Fortunately, the only casualty was the scrubber,” says McGarvey. “Well, the scrubber and the contractor’s reputation. Beyond the basic safety concern, there is the expense of replacement batteries, and lost investment.”

McGarvey has seen his share of infractions when it comes to batteries. Because they are so often neglected, he makes sure to include detailed recommendations in his training sessions. That includes a specific step to check the battery’s fluid levels.

“Too often, I’m conducting training on equipment and get to the ‘someone should do this’ line, just to open the cap and look into a bone-dry battery cell,” McGarvey says. “This leads to equipment downtime.”

Failure to check fluid levels in wet-cell and flooded batteries is a common mistake. Another is using tap, rather than distilled water, says Mike Anderson, equipment specialist for WAXIE Sanitary Supply, San Diego.

“Distilled water is the only product you should ever put into a flooded or wet-cell battery,” he says. “People use tap water more often than distilled because tap water is readily available.”

The reason distilled water is recommended is because the minerals in tap water move through the battery’s plate when charging, clogging the “teeny tiny pores” the electricity travels through. However, Anderson says, tap water is better than nothing because charging a battery dry is a guaranteed fast death.

Clearly, a refresher course in battery basics could save time, trouble and equipment. As could learning more about the ins and outs of charging.

The first step to proper charging is actually doing it. Neglecting this basic step is one of the biggest mistakes seen by Eric Cadell, vice president of Dutch Hollow Supplies, Belleville, Illinois.

“Say you’re using a machine that has a four-hour runtime, and you run it for one hour — you shouldn’t just put it away. The battery should be charged after any runtime to allow it to restore itself,” he says. “For sealed lead-acid (SLA) batteries, make sure you charge them after each use to give them a full charge. Also, never store the battery when it’s on ‘E’. In fact, never let the battery drop that low, or it can cause damage.”

Unlike some humans, batteries don’t like to be sedentary, they need exercise. Allowing batteries to just sit, whether fully charged or uncharged, can kill their cells. Batteries also have a limited number of charge cycles — roughly 500 to 700 — before they will no longer charge. Whether the charging lasts 30 minutes (as in the case of an opportunity charge), eight hours or one week, it’s still considered a charge cycle.

Unused equipment should be charged at least monthly to keep the batteries viable. This is especially important as equipment sits in vacant facilities closed as a result of the pandemic.

“We’re seeing a lot of batteries two years old and less being replaced due to inactivity during the pandemic,” says McGarvey. “If connected to a smart charger, charging starts automatically when the level drops. However, in any other situation, someone must physically turn the charger on.”

Experts emphasize that proper charging requires patience. Generally, about 80 percent of the charge happens very quickly within the cycle; the other 20 percent is slower, more like a trickle. This final 20 percent is essential for optimum performance and battery life. Depriving the battery of a full charge will result in its early replacement.

Most equipment comes with smart chargers, which will identify the current level within the system and provide the appropriate charge. However, if the battery has completely run down, the absence of any current to read may keep the charger from turning on.

“Make sure the charger is set up for the batteries being charged,” says McGarvey. “Chargers can look alike, but algorithms are different for wet-cell, AGM (absorbed glass mat) or gel. If not set correctly, batteries won’t be charged correctly, warranties will be voided, etc.”

Even though BSCs might experience a few hiccups, proper charging is a fairly easy thing to get right, since most battery or equipment manufacturers provide charging charts. These can be posted as a reminder for staff on how to charge.

Battery upkeep is important, too. Cadell says putting batteries on a routine maintenance schedule is the best piece of advice he could give. If a schedule cannot be carried out, then he suggests looking into a preventative maintenance agreement with the company that sold or services the machine.

next page of this article:
How To Properly Store Battery-Powered Equipment