Cleaning: CP
From The Editor’s Desk

Are You Ready For Robot Cleaning? 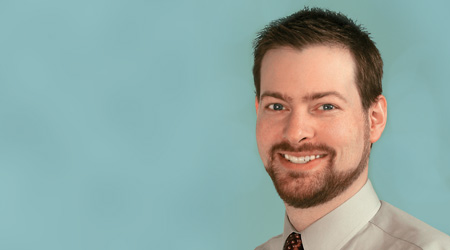 Earlier this year at ISSA/INTERCLEAN Amsterdam, I watched a handful of manufacturers demonstrate their robotic autoscrubbers in the “Robot
Arena.” Now, after walking the show floor at ISSA/INTERCLEAN North America last month in Chicago, I learned about even more autonomous machines.

Floor-cleaning robots are the fastest-growing robotics category, forecasted to be a $600 million industry by 2020. I fully expect the number of cleaning manufacturers with robots to double, if not by next year’s ISSA/INTERCLEAN North America show, then definitely by the 2018 Amsterdam event.

Cleaning robots have been around in this country for at least a decade, so why is the market now exploding with this technology? I think the timing is right. As facility executives finally put the Great Recession behind them, they are willing to spend again on cleaning services. As a result, building service contractors have the money to invest in new types of equipment. Combine these with the fact that BSCs are struggling to find janitors to hire, and robots become the perfect fit.

End users are clearly interested in the technology. At the Chicago show, robotic technology was voted the winner of the ISSA Innovation Award in the Services and Technology category. This same entry was also named the Overall 2016 Innovation of the Year.

In addition, the robotics seminar I attended during the convention was presented to a packed room. During this session, a number of benefits and concerns were mentioned. On the pro side, janitors will be able to expand their scope of work and focus on more detailed tasks. Robots should also create safer workplaces, as these machines primarily handle floor care tasks, which account for 25 percent of cleaning injuries. Plus, there’s a “cool factor” involved that will help early adopters land new accounts and perhaps even attract Millennial workers just by using the technology.

Before BSCs pull out their wallets, however, there are considerations to keep in mind. Many staff members may see robots as replacing their jobs. These employees will need to be reassured that robots are filling staff positions that are currently vacant or nonexistent. As I heard from many manufacturers, robots don’t replace janitors, they create jobs.