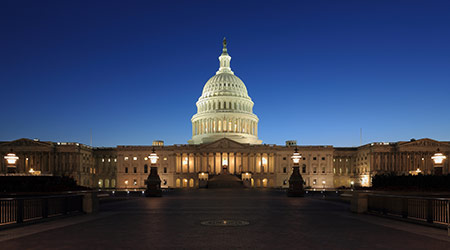 Key Provisions Of The Final Rule

The final rule updates the salary and compensation levels needed for workers to be exempt in the final rule:

The DOL is setting the standard salary level at $684 per week ($35,568 for a full-year worker). The salary amount accounts for wage growth since the 2004 rulemaking by using the most current data available at the time the DOL drafted the final rule. The DOL is updating the standard salary level set in 2004 by applying to current data the same method and long-standing calculations used to set that level in 2004 — i.e., by looking at the 20th percentile of earnings of full-time, salaried workers in the lowest-wage census region (then and now the South), and/or in the retail sector nationwide.

The DOL is setting the total annual compensation requirement for HCEs at $107,432 per year. This compensation level equals the earnings of the 80th percentile of full-time, salaried workers nationally. To be exempt as an HCE, an employee must also receive at least the new standard salary amount of $684 per week on a salary or fee basis (without regard to the payment of nondiscretionary bonuses and incentive payments).

Special Salary Levels For Employees In U.S. Territories And Special Base Rate For The Motion Picture Producing Industry

The DOL also is maintaining a special "base rate" threshold for employees in the motion picture producing industry. Consistent with prior rulemakings, the DOL is increasing the required base rate proportionally to the increase in the standard salary level test, resulting in a new base rate of $1,043 per week (or a proportionate amount based on the number of days worked).

In the final rule, in recognition of evolving pay practices, the DOL also permits employers to use nondiscretionary bonuses and incentive payments to satisfy up to 10 percent of the standard salary level. For employers to credit nondiscretionary bonuses and incentive payments toward a portion of the standard salary level test, they must make such payments on an annual or more frequent basis.

If an employee does not earn enough in nondiscretionary bonus or incentive payments in a given year (52-week period) to retain his or her exempt status, the DOL permits the employer to make a "catch-up" payment within one pay period of the end of the 52-week period. This payment may be up to 10 percent of the total standard salary level for the preceding 52-week period. Any such catch-up payment will count only toward the prior year's salary amount and not toward the salary amount in the year in which it is paid.