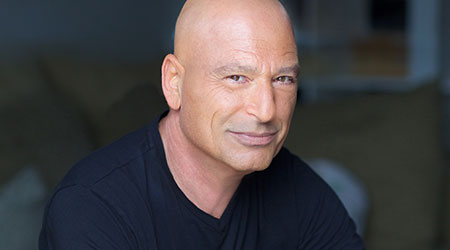 As the millions of viewers who regularly tune in to watch “America’s Got Talent” will attest, it’s not just the contestants (some of them awfully squirm-worthy) that make NBC’s show such a guilty pleasure; the judges themselves are big reason why so many people are tuning in. And attendees at ISSA/INTERCLEAN will experience firsthand why one judge in particular — the hilarious and witty Howie Mandel — has proven so popular.

As a germophobe and hypochondriac, Mandel should appreciate delivering the closing keynote address to an audience of cleaning professionals on Thursday, Sept. 14. He’ll sit down with ISSA Executive Director John Barrett for a Q&A session before performing a stand-up comedy routine.

Mandel is one of the most versatile forces in show business, with a career spanning more than 30 years — so far. Now in his eighth season as a judge on that show, having stepped in for David Hasselhoff, Mandel, as his multitudes of fans know, is hardly a TV series newbie. Originally from Canada, Mandel started getting the attention of U.S. audiences during a six-year stint on “St. Elsewhere,” playing the role of Dr. Wayne Fiscus. Although steadily employed on this series, he still managed to work as a comedian and also made a few movies, including the 1984 hit movie, “Gremlins,” where he provided the voice of Gizmo.

More movies, music videos, stand-up comedy performances, comedy albums and guest appearances on various TV shows followed. There have also been numerous cable and network specials, hosting gigs and his own syndicated talk show; all of which has resulted in an exhaustive list of accomplishments and recognitions.

For example, “Bobby’s World,” the animated children’s series he created and starred in (he supplied the voices of the title character and the father), ran for eight seasons and earned him an Emmy nomination. He also served as host on the U.S. and Canadian versions of “Deal or No Deal,” making him one of the few TV personalities to emcee both a domestic and international version of the same game show. He also earned Emmy nominations in the categories of “Outstanding Host for A Reality or Reality-Competition Program,” and also for “Outstanding Game Show Host” for the syndicated version of this show. As if all of this weren’t enough, Mandel also acts as executive producer of several shows through his production company, Alevy Productions.

But Mandel has a serious side, in 2009 authoring a memoir, “Here’s the Deal: Don’t Touch Me,” that unsparingly details with frank and funny humor his continuing struggles with OCD and ADHA and how these conditions have helped shaped his life, career and comedy. The book hit the New York Times best-seller list the first week of its release, remaining on that list for several consecutive weeks.